Champagne to benefit from ‘unstoppable’ Prosecco

Global Prosecco sales may now outstrip Champagne, but the French sparkling wine stands to benefit from its rival’s success if it positions itself carefully, believes Simon Jerrome, purchasing director at Matthew Clark. 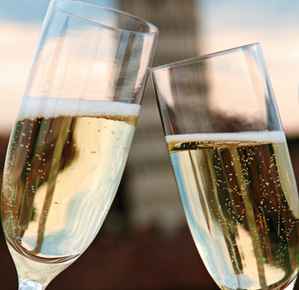 “Prosecco seems to be unstoppable,” he told the drinks business during the UK on-trade wholesaler’s London tasting this week. With recent figures from an Italian firm suggesting that global Prosecco sales in 2013 outstripped Champagne by three million bottles, and Tesco reporting 50% year-on-year growth for the category, Jerrome estimated that Matthew Clark’s own Prosecco sales increased by “in excess of 30%” last year.

Although picking out Champagne, beer and white wine as the main casualties of this success, Jerrome suggested that the former of these categories was potentially well placed to benefit in the future from Prosecco’s rise.

“I truly think the Champagne houses in two or three years time will be thanking Prosecco and Cava for making sparkling wine part of an everyday drinking repertoire,” he remarked. “As the country gets into a better financial position, people will trade back up to Champagne.”

However, Jerrome stressed the importance for Champagne houses of positioning themselves correctly in order to take advantage of this predicted bounce back. As well as highlighting restaurateur concerns about expensive wastage, he remarked on the “need to make sure that Champagne has a good offering and is realistic about prices”

His comments build upon concerns voiced earlier this month by Andrew Hawes, managing director of Bollinger’s UK agent Mentzendorff, who warned of the need for Champagne to do a better job of promoting itself in the face of growing sparkling wine competition.

Although, as reported in March’s issue of the drinks business, some Prosecco producers have expressed concern about maintaining quality standards following a recent boom in vineyard plantings across the Veneto, Jerrome expressed confidence in the category’s ability to hold its premium position.

“Where Cava slipped up is in becoming the cheap sparkling wine in supermarkets that was on sale all the time,” he observed. “Prosecco has managed to hold up its prices and because of that it’s been able to keep up its position in the on-trade.”

As a reflection of the growing demand for Prosecco, the drinks business has extended its Masters series to launch the Prosecco Masters in order to identify the highest quality examples in the market. The deadline for entries is Friday 26 March, but for further information click here.