Bottles of wine made by convicted murderers are to go on sale at some of New York’s most stylish restaurants, according to a report in The New York Post. 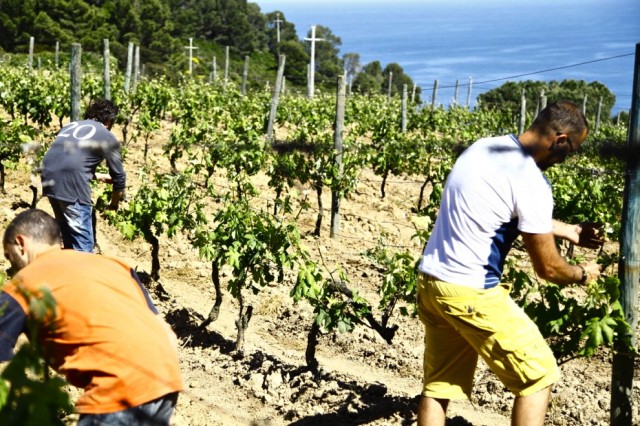 Mario Batali’s Del Posto, in Chelsea, and the Midtown Italian hotspot Felidia, are planning to serve up bottles of Frescobaldi per Gorgona DOC – a crisp white Vermentino and Ansonica blend – made by criminals incarcerated at a prison on a small Tuscan island.

One of the convicted murderers is Benedetto Ceraulo, the hit man hired to gun down Maurizio Gucci, of Italian fashion house Gucci, in 1995, the New York Post said.

The project to produce wine on the island was announced in June last year, by prominent Italian wine producer Frescobaldi having planted vines on the island a number of years ago.

Thirteenth generation family member and the company’s vice president Lamberto Frescobaldi, who worked on the project, described the wine as “intense, with a marvellous character.”

It is hoped the scheme will help prisoners get a job after they’re released.

Around 2,700 cases of the wine have been produced by the inmates this year, around 1,000 cases of which are set to go on sale in the US, including New York.

Starting next week, restaurants including The Leopard at Des Artistes on the Upper West Side, will begin serving the wine.

Speaking to The New York Post, Gianfranco Sorrentino, owner of The Leopard at Des Artistes, said: “We bought the wine because it is very good. It is very big and very structured.

“We also support the concept behind the wine,” adding that he believes people deserve second chances.

“When the guests ask for the wine, we will tell them the story behind it, why we bought it and what we are trying to do,” he said.

The Gorgona wine, which retails at $95 per bottle, tells the story of its creation on its label.

Inmates on the Island, which is located in the Mediterranean Sea, also grow vegetables and make olive oil.