The landlord of a pub named the Campaign for Real Ale’s (CAMRA) 2014 “National Pub of the Year” has said the secret to getting the best out of his ales was to “talk to the barrels.” 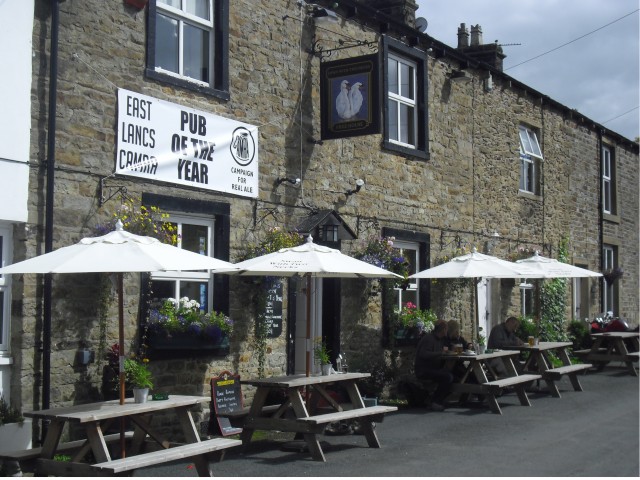 The Swan with Two Necks, in Pendleton, Lancashire, was one of 57,000 pubs from across the UK vying for the title of the CAMRA’S “National Pub of the Year.”

On winning the award landlord Steve Dilworth, said he took an unorthodox approach of “talking to the barrels” to get the best out of his real ales – a method which he said had “finally paid off.”

He said: “We are delighted and proud to have been judged CAMRA’s National Pub Of The Year. We’ve been at The Swan with Two Necks for 27 years and think of it as our hidden gem.

“This is a fantastic achievement not only for ourselves but our dedicated staff – and a great boost for our community.”

Pubs are judged by CAMRA on a variety of criteria such as atmosphere, level of service, value for money and community focus, with extra weighting of course given to the quality of their real ale, cider and perry.

Julian Hough, CAMRA’s pubs director, said: “The Swan with Two Necks really is the best of the best, having beaten rival pubs at every step, in a process which starts at a local level and takes a full twelve months to complete.

“It is a wonderfully welcoming pub that serves a fantastic pint, and is popular with regulars and visiting tourists alike, in a quintessentially British, rural setting.”

CAMRA’s Good Beer Guide 2014 said of the pub: “The home-made food here comes in portions ideal for hungry walker. There is outdoor seating in the garden and in front of the pub, looking out onto a small stream running through the beautifully kept village. Cosy open fires blaze in winter months”.

The pub’s house beer is Golden Pippen by Copper Dragon alongside guest ales from micro-breweries such as Phoenix, Dark Star and Salamander.

The Swan with Two Necks was first named as one of four finalists in the annual competition to eventually be named overall winner.

The three other finalists are were The Hope in Carshalton, The Horse and Jockey in Stapleford, and The Old Spot Inn in Dursley.