A US Senator is calling on the US Department of Agriculture (USDA) to approve an emergency loan scheme to protect vineyards that have suffered major crop damage due to this year’s extreme cold winter. 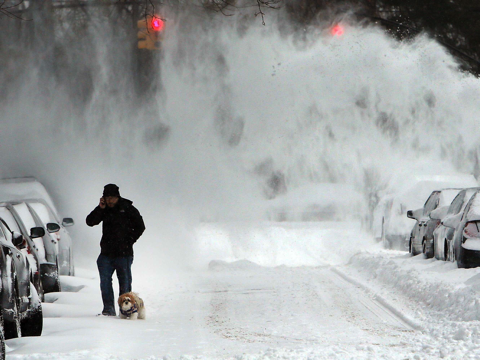 According to a report in the Buffalo News, Senator Charles E. Schumer is urging the USDA to consider declaring a crop disaster, if damage to vines is deemed serious in the spring.

It would allow vineyards which had suffered bud and trunk damage to claim financial assistance through the Tree Assistance Program (TAP) –  part of the recently passed Farm Bill – to claim emergency loans through the USDA to replant crops.

However growers won’t know the extent of the damage to their vineyards until spring, when the vines emerge from dormancy.

Severe cold weather has been caused by a Polar Vortex which slammed into the east coast of America last month breaking US temperature records.

Research by the Cornell Cooperative Extension has shown that grape varieties including Riesling, Cabernet Sauvignon and Pinot Gris have been hit the hardest predicting that more than 50% of buds at vineyards within New York State could be damaged this winter, suggesting vine damage is also highly likely.

Senator Schumer is calling on the USDA to consider approving a disaster declaration if the crop damage is severe, so that emergency loans can quickly be made available.

He said: “This year there is widespread concern that the extraordinarily cold winter could dramatically reduce their crop and that growers won’t have the cash flow to replant damaged vines and purchase alternate juice to continue wine production on schedule.”.

Jim Trezise, president of the NYS Wine and Grape Foundation, said this was “shaping up to be the worst winter for grapes since 2004 when more than 350 acres of vines had to be replanted” and praised Senator Schumer’s efforts to get the TAP program approved to provide emergency relief.

There are nearly 900 vineyards in Upstate New York contributing around US$830 million to the economy annually.

On 6 Jan 2014 alone, around 50 daily record low temperatures were set from Colorado to Alabama to New York, according to the National Weather Service.

In some places temperatures were 40 degrees Fahrenheit colder than average.