Herford-based vodka and gin distillery Chase is looking to release a whisky onto the market. 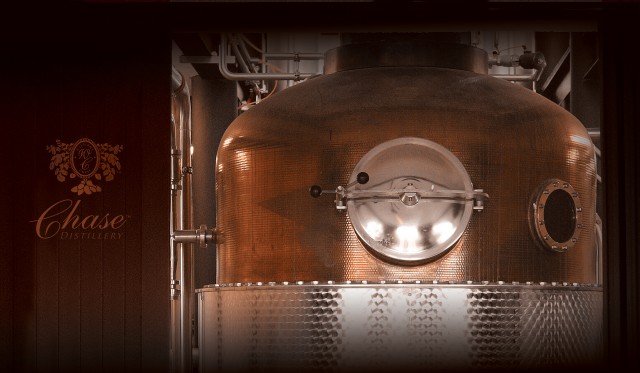 Speaking to the drinks business, James Chase, son of the distillery’s founder, William Chase, confirmed that trials for the whisky were currently underway.

“We’re developing a whisky at the moment that we might want to make in a similar way to a Bourbon going down a corn or a rye route,” he said.

“We’re doing lots of different trials at the moment with what we’re using as a base. We’ve collaborated with Hobsons Brewery in Shropshire and are developing a whisky with a barley based wash that we could charge with hops at the end,” he added.

The distillery currently has 5,300 litres of whisky in barrel, with the oldest batch two years old.

In addition to experimenting with the base ingredient, Alex Davies, who is heading up the project, is also playing around with different types of wood, from French to American oak.

“We’re talking to wine producers at the moment as we’re interested in using old wine barrels that have housed things like Sauternes,” Chase said.

“We’re putting down a barrel a week so something will be ready by the end of the year. We want to call it a Hereford whisky and create a new category,” he added.

And while the final style will remain constant, the distiller also aims to do limited edition runs of some of the styles that showcase different base ingredients, like corn and rye.