A fridge filled with beer that will only open at the touch of a Canadian passport has been installed at the Sochi Winter Olympics. 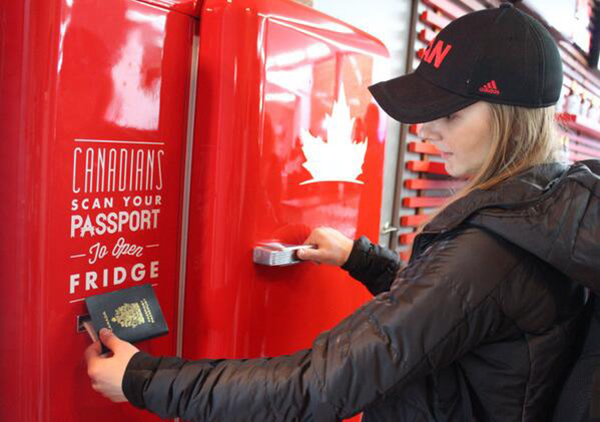 Canadian beer-makers Molson has sent one of their beer fridges to Russia for the games which will only unlock after a Canadian passport has been scanned into it.

Speaking to ABC news, Aaron Starkman, part of the creative team behind the campaign, said: “The notion was… and I think this is true with Americans as well for us, that the further you are away from the home the more Canadian you feel,” said Starkman.

“We wanted to just have an icon to remind people of Canada and to have a taste of home when they are so far away.”