Sales of the Co-Operative’s own brand Prosecco rocketed by 875%  over the Christmas period, according to its latest trading statement. 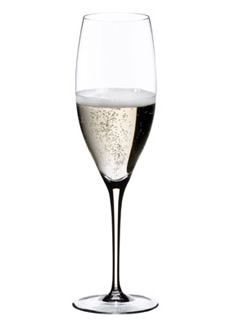 Sales of Grande Marque Champagnes rose by 33% in the week before Christmas led by Veuve Cliquot and Bollinger NV.

Wine sales at the retailer rose by 10.2% year-on-year with the best selling wines including Chateau Sénéjac, the Co-operative’s own brand Châteauneuf-du-Pape and Chablis.

Simon Cairns, category trading manager for wine at The Co-operative Food, said: “Grand Marque Champagnes, Prosecco and finer wines were the stand-out performers for The Co-operative Food this Christmas. Our own-brand Prosecco, which was recently awarded a Which? magazine “best buy” put in a stellar performance driven by a great promotion – sales were up nearly 900% on last year.

“Our festive promotional package, which provided our shoppers with a great range of money-saving offers on their favourite wines and sparklers, really helped to drive sales.”

The figures are further proof of Prosecco’s continued popularity having enjoyed significant growth over the last two years.

Earlier this year Majestic Wine also reported a significant rise in sales of Prosecco which rose by 39% in 2013 over the previous summer.