Police are appealing for witnesses after a lorry trailer containing around £250,000 worth of alcohol was stolen from a yard in southern Scotland. 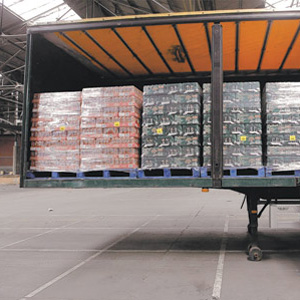 The trailer was stolen from the Currie European Transport base in Dumfries on Monday evening and police are asking anyone in the area at the time to come forward.

Detective sergeant Scott Torrance said: “We are asking anyone who may have been in the Irongray Road area of Dumfries yesterday at around 17:00 to 18:00 to get in touch if they saw anything suspicious.

“This appears to have been a well-organised theft and it may be that the thieves were in the area some time prior to the theft to plan it.”

Police Scotland said that a white lorry tractor unit entered the yard at around 5.30pm, hitched up the trailer containing the alcohol and drove off with it.

Around 2,400 cases of spirits were stolen, the majority of which is of vodka but there were also some cases of whisky, gin and brandy. Although the exact value of the load is unknown police said it could be in the region of £250,000.