From the sporting field to garden parties and alpine antics, we’ve scoured the social season to count down the top 10 “toff” drinks. 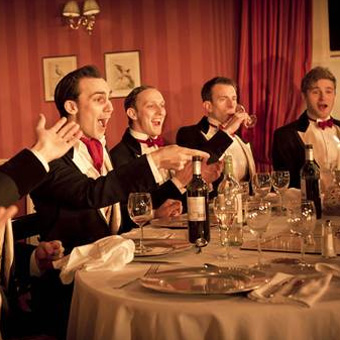 They may occupy a very different rung on the British social ladder to the “chav”, whose drinking choices we have already analysed, but as this piece is about to demonstrate, “toffs” are guilty of some equally questionable alcohol preferences.

A mildly derogatory term for the British upper classes, the word toff claims a number of sources. Some believe it is short for “toffee-nosed”, a reference to the unsavoury residue which resulted from the 19th century upper class snuff habit. Others link the term to “tuft”, the gold tassel which used to be worn by aristocratic Oxbridge undergraduates.

Whatever its origins, the word and those it describes should not be confused with the nouveaux riches and their typically flashy drinks choices. Admittedly, the distinction becomes ever more blurred, but luxury vodka and diamond-encrusted Jeroboams are not the natural territory of the true toff.

Frequently laden with crippling inheritance taxes and crumbling stately homes, today’s toff is likely to be asset rich but cash poor. The cellar may still be stocked with fine wines, but they almost certainly weren’t bought at today’s inflated prices. For all but the most discerning palates, everyday drinking needs are likely to be adequately met by the supermarket’s value range.

That’s not the only area where toff and chav make unlikely bedfellows. Both appear equally impervious to the vicissitudes of fashion or aspirational urges of brand campaigns. As the middle classes waver, their urge for one-upmanship tempered by a desire to fit in with the crowd, the social groups to either side are creatures of habit.

Read on to find out the drinks most likely to be consumed by toffs when observed in a series of their natural habitats. 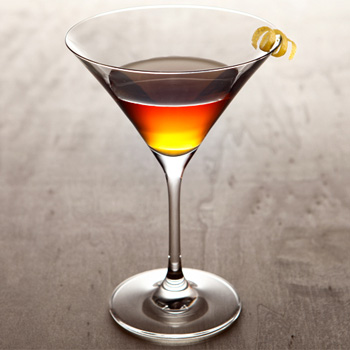 Kummel, Chartreuse, Dubonnet: ever wondered what happened to those old fashioned liqueurs with their obscure, often potent blend of herbs and spices? They’re all tucked away in the drinks cabinets of these creatures of habit.

The late Queen mother in particular was known for her partiality to Dubonnet, with her hosts regularly dispatching panicked aides to track down a bottle in the local off-licence.

No doubt aware of this unreliable supply, she is said to have remarked before one trip “…I think that I will take two small bottles of Dubonnet and gin with me this morning, in case it is needed.”

Why let the Chancellor impinge on your drinking pleasure when you have the orchards to make it yourself?

Long before everyone else began to get excited about the UK’s craft brewing and distilling trend, those innocuous-looking rural barns have been gently bubbling away with all sorts of alcoholic beverages.

While the vast majority of this produce is very much for personal consumption (what labeling exists is unlikely to reveal anything more than the vintage), some landowners have built a strong commercial following.

Among the most high profile of these is Julian Temperley, father of fashion designer Alice. His success with Somerset cider brandy has not only helped to revive a dying English art, but was a key factor in the EU’s decision to award this product the status of Protected Geographical Indication. 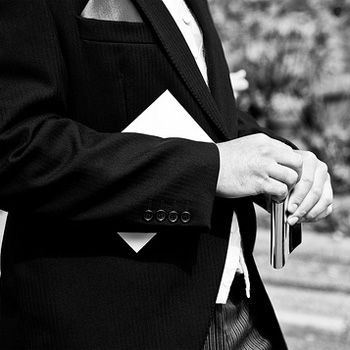 Perfect for warming the cockles on a wind swept grouse moor, hunting field, ski piste or countless other activities where health and safety experts would no doubt warn against alcohol consumption, the hip flask is an indispensible part of a toff’s armoury.

Its contents may range from whisky and brandy to any number of homemade options (see previous page), but only spirits have the warming power required for these extreme situations.

A particularly popular candidate is sloe gin, most likely homemade to a closely guarded family recipe involving the cheapest possible supermarket own label gin, local sloes and arbitrary quantities of sugar. The best examples are almost indistinguishable from cough mixture and do a very similar job. 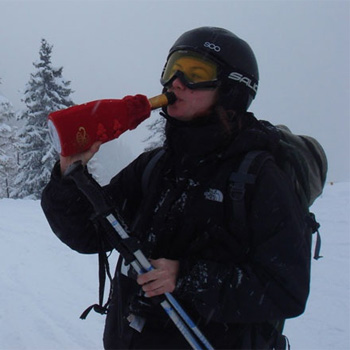 While the hip flask plays an important role here, the mountain environment lends itself to a host of local specialities.

Forget the fur clad Russian mafia ordering ice cold vodka in Courchevel 1850, the toff brigade is more likely to be found partying behind the deceptively sedate facades of Swiss resorts such as the royal family’s favourite hang out of Klosters.

Depending on location, drinks range from glühwein to schnapps-fuelled coffee, grog or the deceptively potent Mützig lager. Impossible to miss at the bottom of the piste back into Klosters village, Gaudy’s bar is famous for its particularly dubious concoction of advocaat topped with whipped cream, which is served in an ice cream cone shot glass.

Meanwhile the younger toffs’ London hang out Public may have been forced to close by noise sensitive neighbours, but its new Verbier branch is clearly aimed at the same clientele.

For those who can’t wait until winter, Bodo’s Schloss arrived last year – complete with dirndl-clad Mädchen and an extensive Austrian wine offering – to recreate the après ski party atmosphere in London. If rumours are to be believed, it even features a handy paparazzi-free tunnel through to Kensington Palace. 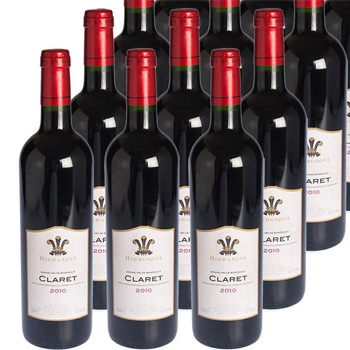 It’s possible to tempt toffs from their comfort zone, but left to their own devices, red Bordeaux wins every time.

While the odd classed growth may emerge from the cellar on high days and holidays, there’s a strong market here for the sort of cheaper “house claret” that lubricates many a Pall Mall or shooting lunch.

Independent merchants are particularly good at cultivating this useful niche, often in the form of a very “traditionally” designed own label offering, as seen on the lists of Berry Bros & Rudd, Lea & Sandeman, Tanners and Justerini & Brooks. 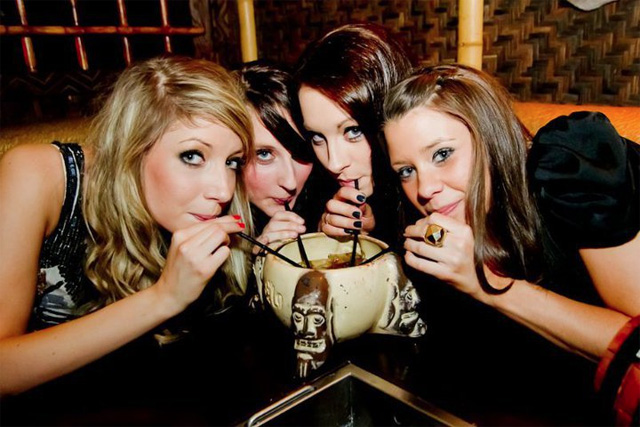 Packed off to boarding school from an early age, toffs can come across as unusually intimate with each other when out in a pack.

It doesn’t get much more intimate than sticking your straw into the communal backwash that is the inevitable result of sharing an alcohol-filled bucket with your best friends.

The shared cocktail is perhaps most famously enjoyed at London’s Piccadilly nightclub Mahiki in the form of its Mahiki Treasure Chest. £150 buys you an intoxicating cocktail of “Mahiki grog”, brandy and peach liqueur, shaken with lime and sugar, then topped with a bottle of Moët & Chandon and served in a treasure chest.

The same group has now translated that Polynesian feel into an alpine theme in the form of Bodo’s Schloss (see entry no.5), which serves the “Ski Boot”. Also priced at £150, this is described as “a blend of white, golden, dark, anejo & overproof rums, a secret blend of exotic syrups & liqueurs, tropical juices & trepidation.” Indeed. 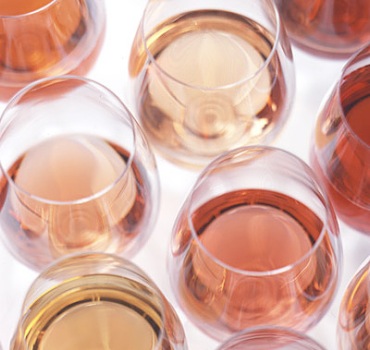 The oilies and oligarchs may have pushed – not to mention priced – many toffs out of their traditional Mediterranean haunts, but old habits die hard.

So what do you drink as you moor your yacht in an azure cove? Rosé, of course.

And we don’t mean the Barbie-pink, sugary confections that still dominate the UK shelves; instead think sophisticated salmon-hued, Provençal refreshment.

A number of producers are clearly targeting the yacht market. Domaine Ott’s shimmering advertisement makes you want to slope off to your mooring in the Côte d’Azur right now.

For those with deeper wallets, Château d’Esclans has taken rosé into the luxury bracket with its Garrus, which retails for around £80 – unless you’re after its popular magnums. For more everyday drinking, or to keep your crew refreshed below deck, the estate also produces Whispering Angel for closer to £15 a bottle.

If the prospect of mixing with hoi polloi and risk of bumping into your bank manager in St Tropez is too dispiriting, rosé’s strawberry-scented tones offer a perfect fit for an English summer garden party. 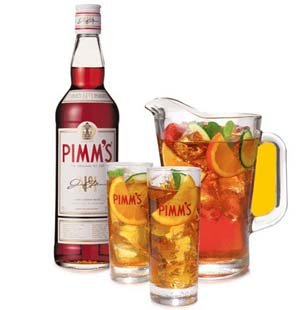 Talking of English summer, no occasion is complete without a fruit-laden jug of Pimms, probably mixed to lethal strength by your helpful teenage offspring.

While the popularity of the brand’s No.1 cup extends well beyond our focus demographic into the middle classes, the toff’s drinks cabinet is most likely to still contain some of the more obscure variations from Pimm’s history, many of which have long since been phased out by current owner Diageo.

Again, that passion for home brewing is likely to manifest itself in efforts to recreate or even “improve” upon the gin-based drink’s secret recipe of herbs and liqueurs. Sample with care. 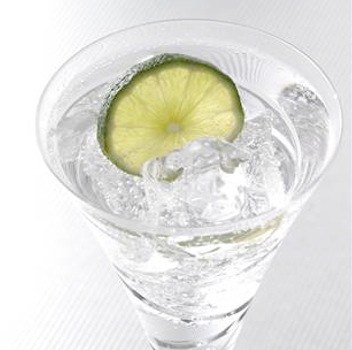 Pleasingly fashion-proof and quick to prepare, the G&T remains a perennial staple of the toff drinks repertoire.

For most, there is no need to stray beyond the classic Gordon’s, although the more eagle-eyed toffs feel cheated by the brand’s quiet slide from 40% to 37.5% abv and have taken their loyalties elsewhere.

The recent rise of UK craft gin distillers offers an attractive local alternative for those who value their eyesight too much to experiment with their own production. 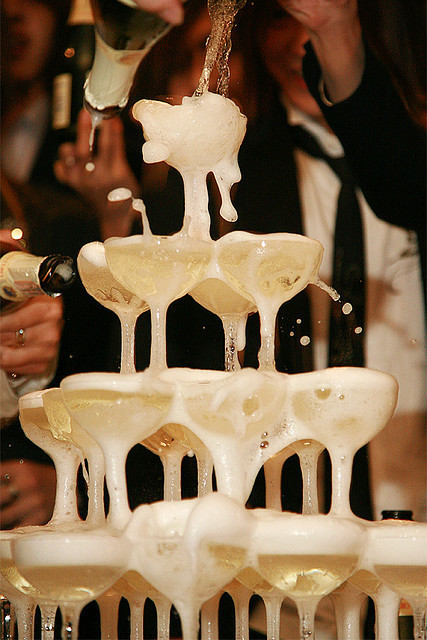 There’s only one drink capable of heading this list, and that’s Champagne.

Whatever time of day or night, whether refreshing yourself after some light divot treading at a polo match, gathering before dinner in a Scottish castle or looking for a 3am pick-me-up in a Swiss nightclub, Champagne is always an acceptable option.

If toffs show any chink in their armour against brand power, Champagne may be it. Old school, familiar names are in; anything promoted by a rap star is out. For most, however, their order will simply be “Champagne please.”

Year round consumption hits its peak during the summer, as wedding season collides thrillingly with Royal Ascot, Wimbledon and Glorious Goodwood. Cheers!