Amorim, the world’s largest cork manufacturer, is due to roll out its latest weapon in the battle against cork taint this September. 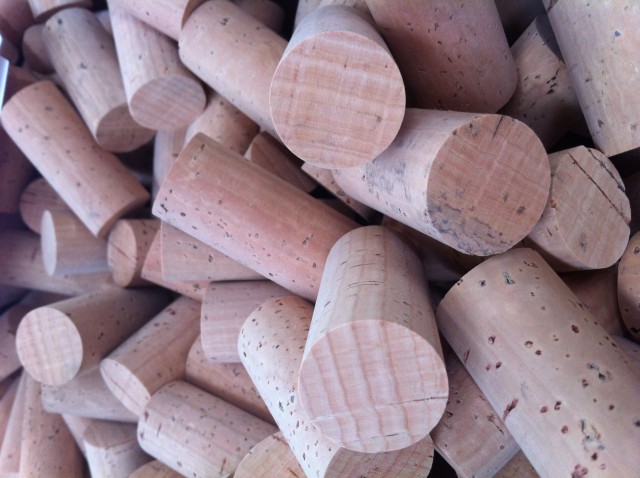 Working in partnership with a UK firm specialising in gas chromatography analysis , Amorim is developing an industrial-scale prototype which will allow it to test individual corks for the trichloroanisole (TCA) compounds responsible for “corked” wine.

The current gas chromatography system takes 14 minutes to analyse a single cork sample, making it impractical for large scale use outside the laboratory. Even so, Amorim’s 15 machines already allow it to test 16,000 samples in this way each month.

By contrast, the latest prototype is able to analyse one cork every 20 seconds, enabling Amorim to check up to 1.5 million of the 3.6 billion corks it produces every year.

“It’s not much but it’s a beginning,” acknowledged Amorim oenologist Paulo Lopes, who explained that the technology would initially be focused on the company’s highest quality corks.

Preliminary testing shows the machine’s ability to detect 100% of corks with more than 5 nanograms (parts per trillion) of TCA per litre, although this rate currently drops to 88% for corks with TCA levels of 5-2ng/litre, at which level the compound can still be detected by humans. However, confirmed Lopes, “We’re working to reach 100% on this range too,” as he highlighted the corks’ subsequent treatment by ROSA, an Amorim-patented steam treatment machine which, the company claims, eliminates any remaining TCA molecules perceptible to humans.

This latest effort to improve control of TCA comes on top of existing preventative, curative and quality control methods employed by Amorim.

As a result of improvements in the decade since other closures entered the mainstream, Lopes remarked: “Today we know TCA is not formed during production; it is a compound already found in the forests.”

As a result, Amorim is working to identify which cork forests have the highest levels of TCA in order to select their cork for stoppers accordingly.

Once harvested, a number of steps are taken to prevent mould – a precursor of TCA – from developing.

Firstly, the bark is left to dry on metal rather than wooden pallets. A modernised boiling system then cleans and flattens out the bark using regularly filtered water at a constant

temperature that circulates freely around the cork, with this same aeration allowing it to dry within a few hours rather than the weeks taken previously.

Early on in the grading process, the lower part of the cork bark, whose proximity to the forest floor makes it most susceptible to TCA contamination, is removed. The cork is also cleaned using peroxide rather than chloride, since chlorine represents a major component of the TCA compound.

In addition to human sensory analysis, further mechanical decontamination processes then take place depending on the type of cork being produced.

After the gas chromatography analysis, two types of Amorim’s patented ROSA steam treatment are employed: a more aggressive version for granulated corks and a gentler, longer process for whole-punched corks, which reduce TCA by 90% and 80% respectively, as well as removing other volatile compounds.

As a result of these combined processes, Amorim has managed to lower average TCA levels from 2.68ng/l to 0.54ng/l between 2003 and 2012 for its whole-punched cork stoppers. External data from the Cork Quality Council shows that its members reduced TCA by an average of 84% between 2002 and the first quarter of 2013.

Despite this thorough work being carried out by the cork industry, Lopes noted the challenge presented by ongoing TCA problems from other sources. “Today a big problem in contamination from flexi-tanks”, he highlighted.

Cellar contamination is also an issue, although data suggests that wine bottled under cork is less susceptible to this risk as a result of the material’s relative impermeability compared to synthetic cork, plastic-lined screw cap and the crown caps used for Champagne before disgorgement.

Despite stressing the need not to “become complacent about TCA”, Antonio Amorim, chairman of Amorim, noted: “the biggest challenge is to give consistency to cork.” However, he argued that this issue was not restricted to cork alone, adding: “People have to accept there is the same problem with other closures.”

Above all, Amorim warned against manufacturers claiming to offer a uniform closure solution. With his own company providing a range of options “from 2 cents to €2”, including the recently launched Helix, he concluded: “Different wines will take different corks – and probably even different closures.”

A full update on the latest developments within the closure industry will appear in August’s issue of the drinks business.