The wine trade needs to wake up to the consumer thirst for sweeter wines or risk losing an entire generation of younger consumers to other categories, a senior drinks analyst has warned. 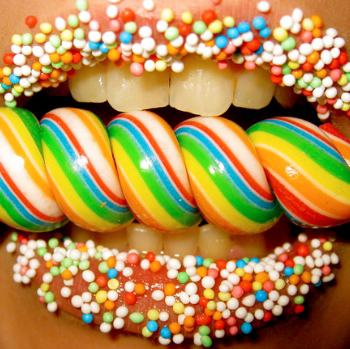 “Sweet wines are driving sales in the US and the ‘Moscato Madness’ boom is showing no sign of slowing. The grape now accounts for 6% of volumes sales in the US market, up 33% year-on-year – they can’t make it quick enough,” said Forsyth.

Sweet red blends are also making headway in the US, with brands such as Gallo having added a sweet red to its range in recent years.

“But there’s still this perception in the trade of sweet wine as negative and dry wine as a superior product, which needs to change if we want to bring new consumers into the wine category.

“Consumers aged 18-24 are easily influenced by what they read and are abandoning wine completely in favour of other sweet alcoholic drinks as the experts are putting them off,” he added.

According to Forsyth, Americans consume 130lbs of sugar per person per year, compared to 20lbs in 1820.

And the UK isn’t exempt from the sugar rush either – sugar consumption in Britain is up 31% since 1990, with the average person chomping their way through 700g of sugar a week.

“The trade needs to understand that it’s in our physiognomy to be drawn to sweet wines at a young age – our taste for dry wines doesn’t tend to evolve until later on in life,” Forsyth stressed.

“There’s a narrow view of what constitutes good wine in the wine industry, which is putting young people off the category and stopping innovation.

“A yawning gap has developed between the industry’s perception of what wine should be and what consumers actually want to drink,” he added.

During the presentation, Forsyth pointed out that in search of ever more intense and complex flavour experiences and unafraid of experimenting, consumers are evolving faster than the wine trade, which is in increasing danger of getting left behind and becoming out of touch.

To help bridge the gap, Forsyth suggests the wine industry looks to spirits brands and adopts the limited edition model as it allows for innovation with minimum risk and generates interest and excitement around a brand.

“There’s a real opportunity for the wine industry to have a crack at limited edition runs – they work well with consumers due to the ‘catch me if you can’ element and the idea of rareness and exclusivity,” he offered.

One such wine brand to have triumphed with a limited edition run is Tio Pepe with its En Rama bottling of unfiltered fino, which has proved such a success since its launch in 2010 that owner Gonzalez Byass has released a small number of bottles every year since, changing the label each year to keep the idea fresh.

Other Sherry houses such as Hidalgo and Lustau have since hopped on the ‘en rama’ bandwagon.