The director-general of the Confederation of British Industry (CBI) has told the Scotch whisky industry that it should reject Scottish independence as it currently benefits from being part of the UK. 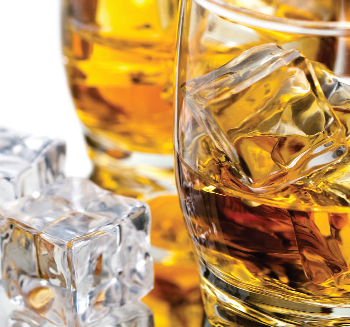 Speaking to the Scotch Whisky Association (SWA) this week, John Cridland said that the Scotch whisky industry benefitted from an integrated currency, a network of international embassies and common UK laws and regulations.

Mr Cridland said: “The Treasury’s analysis of the currency options available to Scotland argues that a currency union, where the UK accounts for 90% and Scotland 10% of the economy, would be problematic.

“What would happen to the currency raises many unanswered questions. I think it would be difficult to sustain success by being apart.

“Would separate embassies work as well, or have the same impact for our commercial diplomacy, for instance, as the work undertaken by the UK Foreign Office?

“Our common laws and regulations make it more efficient to operate across the union, not to mention how they lay a strong foundation for us all to enjoy the benefits of our single market. We would all lose out if it were fragmented.

“There are many robust business and economic reasons not to break up the union, and the international successes we’ve achieved together are right up at the top of the list.”

The CBI represents around 26,000 Scottish businesses and Cridland encouraged other industries in the country to follow the SWA’s path.

He added: “Your brands are known across the globe for their quality and seemingly everyone, everywhere, wants to drink whisky.

“Your export numbers are impressive: SWA members make up 25% of all UK food and drink exports, and in Scotland that number increases to a staggering 80%.

“I want to encourage other industries to follow the global paths you’ve already trod. I believe we can work together effectively to capture your success and translate it to other parts of the economy.”

However Mike MacKenzie a SNP MSP rejected Cridland’s claims, he told the Herald Scotland: Given the substantial fees that the Westminster Government charges Scotland for promoting whisky through UK embassies, it is a strange argument for the CBI and the No campaign to deploy.

“The powers of an independent Scotland are absolutely essential if we are to successfully support businesses and make Scotland a wealthier country.”