A harvest that favoured Merlot looks set to prove particularly beneficial for Bordeaux’s Right Bank producers in 2012, although quality will be far from homogenous. 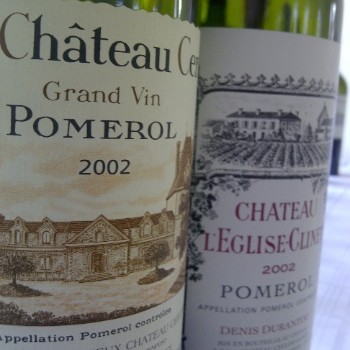 With the Pomerol clay protecting its Merlot from the worst of the summer drought, the variety’s tendency to ripen before Cabernet offered a further advantage during this relatively late harvest that was curtailed by rain.

At Vieux Château Certan, Guillaume Thienpont revealed that the 2012 blend contained just 12% Cabernet Franc compared to 30% in 2011, with the remainder accounted for almost entirely by Merlot.

Describing 2012 as “a very classic Merlot year”, he explained: “Merlot is a precocious variety; a year with a late harvest is generally excellent for Merlot.”

This assertion of quality was supported by Pauline Vauthier, technical director for her family’s estates, which include St Émilion Premier Grand Cru Classe Château Ausone.

“Merlot was very good in St Émilion too,” she reported, confirming that with the exception of the consistently Cabernet Franc-focused Ausone, the family’s other wines included a higher than usual proportion of Merlot in 2012.

Comparing Ausone 2012 with its 2011 expression, Vauthier remarked: “For me it is the same structure but with more elegance and the tannins are somehow softer.”

Despite the very promising results at many chateaux, Vieux Château Certan’s Dominique Thienpont stressed: “it was not at all a homogenous vintage”.

He told the drinks business that quality would be variable depending on which estates judged the harvest’s difficult timing correctly and managed to pick before rain arrived in mid-October – a challenge further exacerbated by fruit ripening later than usual.

“The problem was the rain,” he observed. “Those who waited too long will have diluted wines and maybe some rot, but all those who harvested before the rain have collected some very nice things.”

Counterbalancing this risk of delay, there was a feeling that a number of producers had harvested too early, resulting in green, underripe fruit. The most successful wines of 2012 tended to come from properties which had held off picking until October.

Unsurprisingly the changeable conditions during the growing season resulted in a smaller than average crop, with Le Pin owner Jacques Thienpont indicating that his own estate’s “10%-12%” shortfall was typical for the rest of Pomerol.

This sense of challenge was echoed by Pascal Delbeck, owner of property Tour du Pas St Georges, which lies a short distance to the north of St Émilion. Despite the variety’s potential for high quality this year, he described Merlot as “a diva”, remarking: “it doesn’t like excess – too much cold in spring, too much heat in summer, hydric stress; it’s a very complicated variety.”

Although the dry summer created thicker grape skins, Dominique Thienpont highlighted another widespread characteristic of the 2012 wines. “The interesting thing is that there are no big tannins,” he observed.

For Francois Mitjavile, owner of St Émilion property Tertre Roteboeuf, the character of 2012 was influenced by conditions as far back as spring the previous year.

“When considering 2012, it is important to note the drought of 2011,” he remarked. Reminding that the dry spring of 2011 represented “the strongest drought for 60 years”, Mitjavile suggested that the “extraordinary” wet spring of 2012 finally provided a crucial chance for vines to rally after this stress.

Even so, he maintained, “The spring of 2012 could not restore the vines,” suggesting that those in poor condition with shallow roots would have continued to struggle in particular with the challenging, changeable conditions that followed.

Continuing his analysis, Mitjavile suggested that a number of wines from 2012, despite their early attractiveness, might struggle to age.

In particular he highlighted a “friand” personality to the vintage, “a primary character that is not good for age worthy wines.”

As a result, Mitjavile predicted: “I think we will have a part of 2012 that is too “croquant”, too violet, too Beaujolais.” However, at the same time he added: “I think there will be some grapes that were picked late – but not too late – which will have a lovely decadence.”