The third in the Glenfiddich Age of Discovery series, this 19-year-old single malt whisky has been aged in red wine casks. The release pays homage to the 1831 voyage of English naturalist Charles Darwin to the South American coastline aboard HMS Beagle, which set sail from Plymouth, and features a gift box adorned with illustrations mapping his route.

The whisky has been finished in 200-litre casks that were home to Argentine Malbec and Chilean Merlot and Cabernet Sauvignon. According to its makers, the red wine finish gives the whisky a “sweet berry taste” with “spicy vanilla notes” and a “smooth finish”.

Its release follows that of the Madeira cask and Bourbon cask editions in the Age of Discovery series, which is exclusively available in travel retail. The Darwin edition is currently being rolled out globally in travel retail outlets. RRP: £75

Diageo has relaunched Tanqueray Malacca spiced gin following requests from bartenders around the world. A run of 100,000 individually numbered bottles will be produced worldwide, which will be sold exclusively in the on-trade.

The recipe for the spiced gin was developed in 1839 during the days of the company’s Far Eastern trade and recorded in Charles Tanqueray’s journals.

While travelling across Europe and the East Indies, Tanqueray hand selected the botanicals and spices to create the blend. The gin was sold briefly in the US in the early 2000s and since production ceased a large number of bartenders have called for its return.

Inspired by a handwritten 1920s crème de cacao recipe found in the company’s Pontarlier distillery, Fontaine Chocolat has a “richness” combined with “notes of aniseed and chocolate” that, according to its creators, makes for a “unique soft liqueur”.

Allan Gage, tastemaker for La Maison Fontaine, who developed a range of cocktails featuring the liqueur, said: “La Maison Fontaine Chocolat has enabled us to develop some of the most exciting cocktails I’ve ever created in the last five years.” RRP: £25

Willetts was introduced to Master of Malt through Joel Harrison, founding director of whisky consulting firm Caskstrength Creative. Their combined aim was to produce a blended whisky that reflected Willetts’ personal taste, resulting in a “smooth and sweet” blend with “a hint of smoke on the end”.

Whisky enthusiast Willetts embarked on the project with the aim of making an easy-drinking dram that can be enjoyed by whisky aficionados and amateurs alike. “When we began blending, we ended up with a light, almost summery whisky, which was nice but not quite right.

The final blend needed that hint of smoke, so we kept working until we got it right,” he says, adding, “Enjoying whisky and music together is a life-affirming experience.” RRP: £54.95

This AOC Alsace Pinot Noir from La Cave des Vignerons de Pfaffenheim is named after a pilgrimage site on the top of Schauenberg, a hill overlooking the vines of Pfaffenheim.

According to a local legend, the devil tried to destroy the chapel dedicated to the Virgin Mary with the help of a granite rock. Despite the devil’s attempts, the rock fell to the ground when he tried to throw it, leaving it forever marked with his claw prints.

Le Griffe du Diable Pinot Noir is aged for a year in one-third new French oak barrels. According to its makers, it boasts a “fresh, refined” nose of “morello cherry brandy”, along with “redcurrant, strawberry, vanilla and toast” notes on the palate. RRP: £11.91 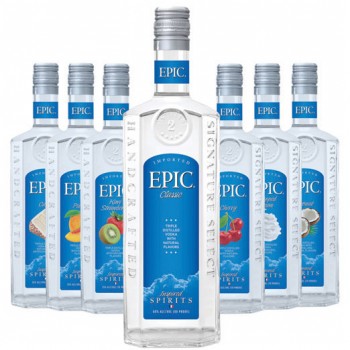 New Orleans-based spirits company Sazerac has launched a new vodka onto the market – Epic. Made with hand-selected wheat harvested in Champagne and distilled in the Cognac region, Epic is a positioned as a clean tasting vodka with a competitive price point.

The vodka will be available in an unflavoured style, along with six different flavoured variants: peach, whipped cream, kiwi and strawberry, cherry, cake, and coconut.

Additional flavours are due to be added to the range in the near future.

Epic begins its run in 30 US states this month, and will be available across the country later in the year. 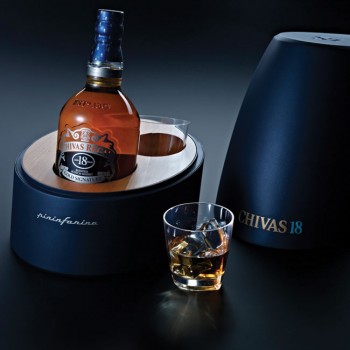 Claiming “a strong shared heritage in luxury and craftsmanship”, Chivas chose Pininfarina “for its ability to encapsulate the brand’s modern and luxurious character”.

Based on a drop of whisky, the capsule has a blue metallic finish emblazoned with the Pininfarina logo, along with a solid wood inlay echoing the oak casks used to age the Scotch. The bottle, meanwhile, features a metallic crest.

Chivas is aiming the limited edition at “modern gentlemen who seek style and substance in the brands they buy”. RRP: £360 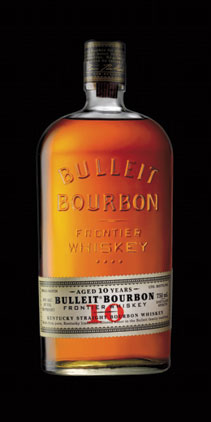 Bulleit 10 Year Old, a new aged expression from the Bulleit Distilling Co, has been matured in charred American white oak barrels for two to five years longer than the company’s original Bourbon.

Housed in Bulleit’s signature glass bottle with raised lettering, Bulleit 10 is sold in a gift box that outlines the family-owned company’s story.

The whiskey is described as having “floral notes” with “rich oaky aromas” and “hints of vanilla and dried fruit”. Bulleit’s founder Tom Bulleit said of the blend: “It’s exciting to see what happened to a select number of barrels aged a little longer.

The result was a special expression of our family’s Bourbon that we knew we had to bottle and share with our fans.” RRP: US$44.99 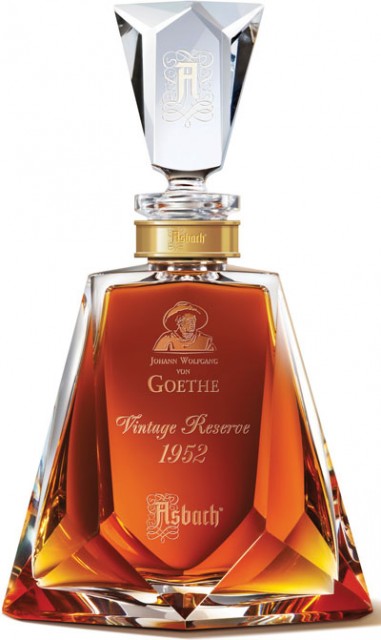 Only 900 one-litre carafes of the brandy have been produced, with cellar master Christopher Dellee filling the first by hand.

Each is housed in a Bohemian-style glass bottle with an individual cask number and a certificate of authenticity encased in a box made of wood from the Bavarian forest. The case also comes with a pair of Asbach branded glasses. The spirit was created at the Rüdesheim distillery on the river Rhine using a select 1952 white wine, which was distilled and left to age for six decades. RRP: £1,700 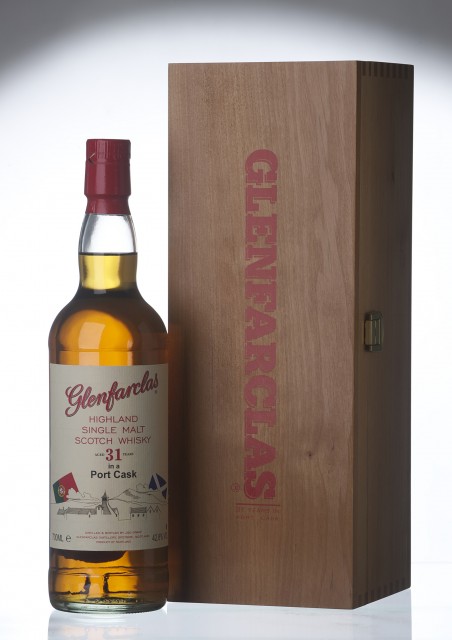 “While we never do any kind of wood finish, we do have some casks in our warehouses which don’t quite fit in with our typical house style but have their own distinctive character. Some though, like this exceptional Port cask, are just too good to pass by!”

As for what buyers of the Port cask expression can expect, Grant outlined the whisky’s “very sweet and fruity nose, evolving into some exotic notes, like beeswax, cloves, ginger and exotic woods.” With “exotic fruits, wood and spicy notes” on the palate, he described the finish as “very, very long!”

The release follows Glenfarclas’ 43-year-old Cognac cask, which was launched last year. 2012 also saw the distillery fill two old Hine Cognac casks as part of an informal exchange project between the two houses, with a plan to release the result in 16 years time. RRP: £280 per bottle