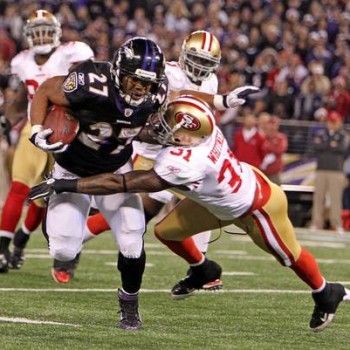 The Baltimore Ravens beat the San Francisco 49ers by 34-31 in a thrilling climax to the American Football season.

The commercials that are televised during the match have almost become as famous as the game itself and Sunday night’s match saw a new batch of adverts released.

As the official beer partner AB InBev is the only company to advertise beer during the Superbowl, but Budweiser, Beck’s and Bud Light all featured and here’s a look at some of the adverts that were aired this year.

It has almost become a Superbowl institution to see a Budweiser Clydesdale advertisement, and this year was no different. The company clearly feels it can work the emotion angle with these adverts.

Beck’s Sapphire is brewed using German sapphire hops, so what better way to advertise it than with a black goldfish and “No Diggity”?

Budweiser’s Black Crown is a new beer that was picked from a range of limited-edition beers that were created by Budweiser’s brewmasters. This is the first advert for the 6%, which is “toasted” in the commercial.

Another advert for Budweiser’s new Black Crown beer, which was aired during the Superbowl.

Sports fans around the world can develop strange superstitions when it comes to watching their team. Bud Light taps into that mentality with this advert.

Superstitious sports fans feature once again in this commercial which stars Stevie Wonder.

And Bud Light also decided that there should be a commercial featuring scantily-clad women.

And here’s a couple of adverts that have featured in previous year. Who doesn’t love Weego the rescue dog?

Once the office workers know what the proceeds from the swear jar will go towards, their office descends into vulgar hilarity.