The release of tasting notes from the UK government’s cellar reveal that US President, Barack Obama, was served a “soapy” white Burgundy on his 2011 state visit. 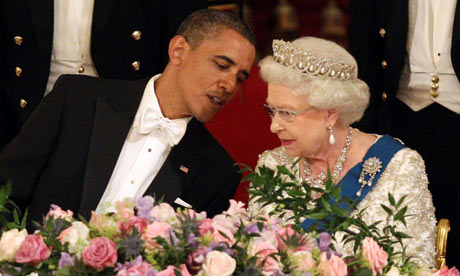 They also cast a light on the fascinating world of the use of wine in diplomacy.

The notes are the work of a team of five volunteers, who taste through the government’s extensive – and enviable – cellar to decide which wines are best suited to visiting diplomats and luminaries.

According to the notes, a white Burgundy which in 2008 was judged as being “slightly soapy” was later served at the state visit of Barack Obama in 2011 despite still being dominated by “harsh acidity”.

According to the BBC, the tasting notes also recommend which wines and spirits should be served to certain heads of state as well as which were particularly enjoyed by the world’s premiers.

A 1985 Batard-Montrachet from Domaine JN Gagnard was judged, “powerful, outstanding and wonderful. Consider keeping it for very special occasions only,” as is the “sublime” 1931 Quinta do Noval – three bottles of which where drunk over the course of 2011/2012 though by whom is sadly undisclosed.

Meanwhile the cellar’s very best Armagnac is largely set aside, “for European guests” and there are other recommendations that certain wines should only be served “with an appreciative audience”.

Former prime minister Margaret Thatcher is revealed to have particularly enjoyed 1961 Château Margaux in 1989. She apparently described it as “silky”.

The cellar is reported to be worth £2.95 million. It was recently reported in the drinks business that the government had sold £44,000 worth of wine.

The notes show that all of that came from the sale of 36 bottles of Le Pin 1986, which, while said to be “delicious” and “at its best” was still marked for sale.

Things don’t always go to plan. Comments on an Italian red that was bought for Italy’s 2005 state visit are missing, rather intriguingly and another wine shows consistently poor tasting notes from 2006 before, sadly, being written off completely in 2011.