Diageo is seeking to capitalise on strong growth in the gin category by introducing a flavoured range for its Gordon’s brand. 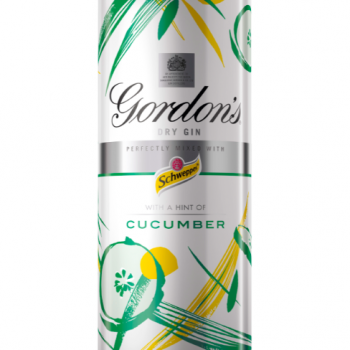 Describing this move as its “biggest ever innovation” for the Gordon’s brand, Diageo is supporting the launch with a £1 million through the line marketing campaign.

Nin Taank, Gordon’s brand manager at Diageo GB cited recent data from Nielsen and CGA Strategy to highlight the dynamic growth within the gin category at the moment. “Gin is the third largest spirit in the spirits category and is experiencing strong growth +12% in the on-trade and +5% in the off-trade,” he outlined.

In its six month results, released at the end of January, Diageo reported 5% growth for its gin sales, which currently represent 3% of the drinks giant’s net sales.

Currently accounting for 50% of Diageo’s gin sales, Gordon’s enjoyed global growth of 4% during the period, driven by “strong double digit growth” in markets such as South East Asia, Turkey, Russia and Eastern Europe.

Meanwhile Tanqueray saw 8% growth, thanks to strong sales in North America and Spain, where despite its beleaguered economy, the country is witnessing a strong resurgence in gin consumption.

Pointing to a pre-mix sector that is has grown by 23% over the last year, Taank noted its importance for “bringing in new consumers to spirits and appealing to those looking for convenient alternative formats to consume spirits on different occasions.”

This innovation within the Gordon’s brand comes just a few weeks after Diageo announced its limited edition relaunch of Tanqueray Malacca spiced gin, which will be sold exclusively within the on-trade.

Although flavoured expressions are more commonly associated with vodka, where some have argued that increasingly bizarre variants have pushed the trend too far, gin has also taken steps into this territory in recent years.

2012 saw the UK launch of a cream flavoured gin, while Hoxton Gin sparked controversy in 2011 with its coconut and grapefruit expression, which some argued was in breach of EU regulations stating that the product must feature a predominant juniper flavour.