Bottles of wine, beer and spirits could soon display the amount of calories they contain under new Government plans to discourage people from binge drinking. 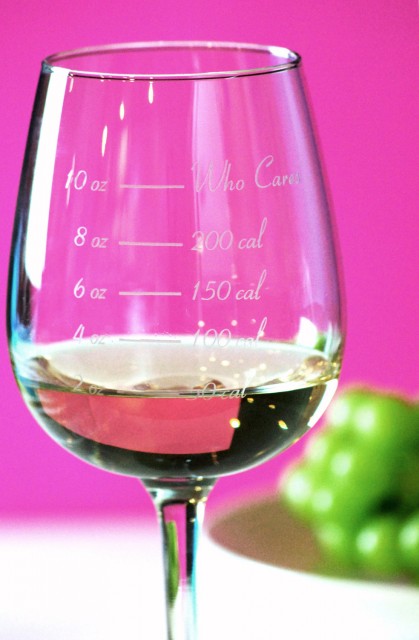 According to public health minister Anna Soubry, officials have been in talks with the drinks industry about the possible inclusion of calorie content on labels.

Ministers are hoping that displaying the calorie content in beers, wines and spirits could encourage those who are watching their weight to drink less.

Most manufacturers already include information on units of alcohol on labels in a voluntary agreement with the Government.

A recent study by the Drink Aware Trust has linked the large amount of calories in alcoholic drinks to people being overweight and obese.

At around 250 calories per pint, lager is as fattening as a slice of pizza, while two large glasses of wine contain around 400 calories – the same amount as a beefburger.

Half of those polled by Drink Aware knew how many calories there are in a cheeseburger but just one in three knew the correct number in a glass of wine.

“We’re continuing to work with the drinks industry to take forward the plans we set out in the alcohol strategy on labelling of alcoholic drinks,” said Soubry.

“By the end of this year, 80% of all alcoholic drinks on shop shelves will include clear labelling on units and health messages.

“Through the Responsibility Deal we will continue to discuss how to give consumers more information on alcoholic drinks, including calorie labelling,” she added.

Retailers including Asda, Sainsbury’s and Tesco are working with the Department of Health on how to display calorie counts on alcohol.

The Co-Op already includes calorie information on its own brand beer, wine, cider and spirits.

A number of new low and lower alcohol wine launches, such as Skinnygirl wine from US reality TV star Bethenny Frankel, have flagged up their low calorie credentials in their marketing material.

There is a chance the European Commission could suggest mandatory calorie information on alcoholic drinks when it reviews the issue within two years.

Voluntary Government “responsibility deals” have got fast food companies, including McDonalds and KFC, to provide calorie information on their menus.

Soubry’s comments come as the Home Office prepares to make a decision on whether to introduce minimum pricing of 45p per unit of alcohol in the UK.