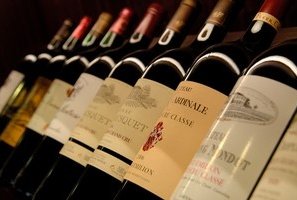 The latest reclassification, announced by the INAO in September 2012, replaced the 2006 version, which was invalidated two years later following a prolonged legal challenge.

Having challenged its demotion from Grand Cru Classé in 2006, La Tour du Pin Figeac failed to be reinstated last year. The 2012 reclassification also saw Corbin Michotte as one of just three properties to be dropped down to the basic Grand Cru level, while Croque-Michotte was refused promotion.

“We’re surrounded by extraordinary products but apparently right in the middle it’s a black hole” Château Croque-Michotte owner Pierre Carle told Agence France Presse as he pointed out his property’s proximity to a number of highly rated properties, including the newly promoted Premier Grand Cru Classé “A” Château Cheval Blanc. “It’s ridiculous, but that’s what the commission has decided,” he complained.

However, in an interview with the drinks business at the end of last year, Alain Moueix, president of the St Emilion Grands Crus Classés Association, defended the transparency and strict quality focus of the 2012 reclassification process.

All estates which were ranked among the 64 Grand Cru Classé properties in St Emilion underwent an inspection of their vineyards, winery and cellars, as well as having their prices examined and 10 vintages blind tasted by an “independent panel”.

Stressing the value of this process in ranking châteaux by the actual quality of their wines rather than purely the potential of their site, Moueix argued: “You can have the best terroir, but if you are not looking after it then the wine may be good but not great.”

However, in addition to the early complaints raised by these unsuccessful châteaux shortly after the latest reclassification was announced, some members of the wider trade expressed concern that today’s classification system places so little emphasis on terroir.