When rain stopped play during a one-day international cricket match in Sydney, the crowd went in search of alternative entertainment and ended up setting what is thought to be a new world record. 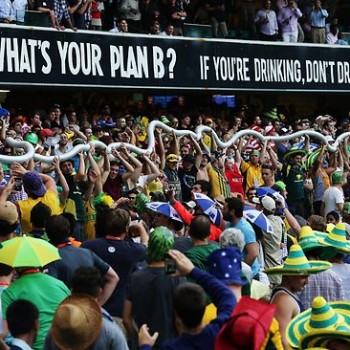 Australia were playing Sri Lanka at the Sydney Cricket Ground (SCG) in the fourth one-dayer, but the match suffered a two-hour rain delay – earlier in the week Sydney recorded one of its hottest ever days when the temperature reached 45.8C.

So with a bored crowd looking for another source of entertainment two beer snakes started in different parts of the ground. The beer snakes were formed as patrons stuck plastic beer containers inside each other.

Then, as the jovial atmosphere in the crowd increased the two halves of the beer snake met to huge cheers. Normally the stewards at sporting venues in Australia stop beer snakes being made, but a spokesman for Cricket New South Wales said this one was allowed because people were having so much fun.

As the snake reached an estimated 175m in length the scoreboard at the SCG announced that a new beer snake record had been set. There seems to be little hard fact behind the claim, but the announcement was also greeted with huge cheers from to 22,000 fans inside the ground.

The previous record for a beer snake was 23m, which was set by a crowd at the WACA in Perth, Western Australia in 2007.

The beer snake also became popular on Twitter, with Malcolm Conn, chief cricket writer for Australia’s News Limited claiming the snake rivalled Mitchell Stark, who scored 52 not out, for the man of the match award. One other tweeter went further claiming the snake could be a candidate for the Australian of the Year award.

It remains to be seen whether Guinness World Records will confirm this as a new beer snake world record. 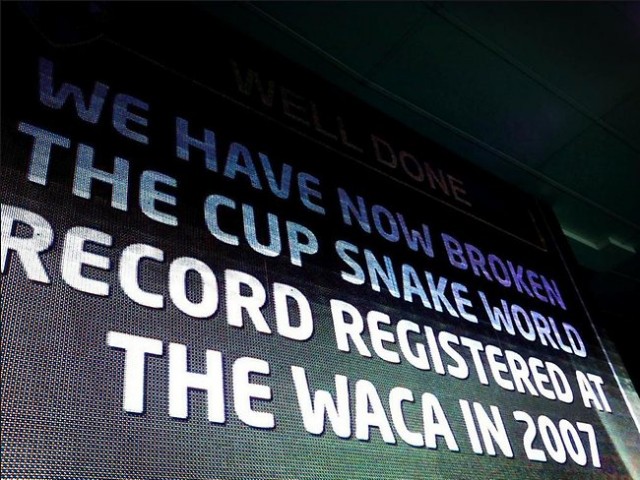