Sediments, sulphur and closure quality are key to reducing the risk of premature oxidation in white Burgundy, it was revealed in a London-based seminar this week.

The event, entitled “How to make the best Burgundy”, was organsied by the Institute of Masters of Wine, and saw Jasper Morris MW coax the winemaking secrets out of Etienne de Montille of Domaine de Montille; Dominique Lafon of Domaines des Comtes Lafon, Bernard Hervet of Domaine Faiveley and Benjamin Leroux of Domaine Comte Armand.

Beginning with a detailed look at white winemaking, starting from the moment the grapes arrive in the cellar, it became quickly clear that the quality, quantity and handling of the lees is one crucial element to ensuring the longevity of top Chardonnay from the Cote d’Or.

Hence, initially, the discussion centred on the impact of crushing, and the role of pressing and settling, as these processes have a direct impact on the amount and quality of sediment in the juice – a cloudy must filled with fine sediment requires whole bunches, gentle pressing and a light settling.

Etienne de Montille, Dominique Lafon and Benjamin Leroux all said they transfer the grapes straight to pneumatic presses without crushing to yield fine sediments that can be kept during winemaking and maturation.

“It’s a matter of style,” said Lafon. “You get different types of sediments if you crush or don’t crush… but my feeling is that if you don’t crush the grapes you get more elegant flavours.”

However, Bernard Hervet of Domaine Faiveley said he had gone back to an “old school” of winemaking which involved crushing the grapes along with a light settling because he found the incorporation of more solids and phenolics provided a powerful protective influence against oxidation.

“The wines are less pure and show less well for journalists when they are young, but I’m more confident to make them this way after 30 years in Burgundy.”

All the winemakers were agreed however on the importance of retaining a high quantity of sediment in the wines for its anti-oxidative influence, and hence each of them admitted to a light, overnight cold settling of the wines after pressing.

“I definitely keep more lees now, because the phenolics protect the wine against oxidation – I’m convinced this is for the benefit of the wine in the future,” said de Montille.

Similarly, Lafon said he “didn’t like to throw anything away,” confessing to removing only around 100-150 litres of juice from 20 barrels of Chardonnay, or 4,560 litres.

He also said he owned a meter to measure turbidity in his musts, reporting levels up to 700 nephelometric turbidity units (NTU), when winemaking handbooks suggest anything over 150NTU is too dirty.

Despite possessing such an instrument, he said he decides on the amount and type of sediment to keep in his musts by sight.

“You do a settling with your eyes, and there are nice colours and dirty colours – there are things that are yellow and nice from the skin, and others in the bottom, like bits of earth or a bit of sulphur you sprayed that is almost green, and stinky.”

Then, having discussed fermentation temperatures and barrel selection, the issue of lees stirring or battonage was raised.

While once fashionable to regularly stir the lees to produce rounder, richer Chardonnays, today such an approach is regularly cited as one possible contributory cause for premature oxidation seen in white Burgundy from 1996 onwards, and today it is done sparingly.

“We do much less battonage than we used to,” began de Montille.

Agreeing, Leroux added, “We have a long alcoholic fermentation which gives a natural lees stirring but we hardly do any battonage after 2-3 months because it can dissolve oxygen into the wine.”

Nevertheless, he admitted that in 2007, “We did 2-3 battonages during ageing to bring some fatness around the acidity.”

Similarly, Lafon said that 80% of his white wines experience no stirring, “and it’s very rare we do anything after Christmas to the wines.”

Meanwhile, Hervet said that Faiveley agitate the lees by rolling the barrels on wheels once a week before malo-lactic fermentation and once a month after.

As for protecting the wines after fermentation and maturation, an ongoing concern over premature oxidation is encouraging Burgundians to ensure there is a high level of free-sulphur at bottling.

Commenting on this topic, de Montille said, “We do like to bottle with a high level of free Sulphur Dioxide, from 35ppm to 45ppm for village and premier cru.”

He also said he aims for 800-900mg/l of dissolved Carbon Dioxide in his wines to further help protect the wine against oxidation.

Lafon promoted similar levels of free sulphur and CO2, and said of the latter, “850mg/l is perfect, but 900 is when you start feeling it.”

However, he added that his “goal” was “to get almost no dissolved oxygen” in his wine by passing nitrogen through equipment and hoses as well as precisely controlling all stages in the bottling line.

At this point in the discussion, Leroux pointed out that during the 80s and 90s producers were introducing a lot of dissolved oxygen into the wine during bottling, but the issue of premature oxidation was not acute.

Hence, he said, “The difference is the quality of the cork.”

And despite quality assurances from certain natural cork manufacturers, Leroux added, “I’m still not satisfied and I think it will still be a problem in the next 10 to 20 years.”

His response to this concern has been to trial screwcaps for whites since 2004.

“I’ve had very good results and I can use less sulphur with screwcaps,” he said.

Lafon agreed with Leroux that the most important issue for ensuring consistent and age-worthy white wine production in Burgundy was an excellent seal, although Lafon said he would not make the switch to screwcaps.

“I still use corks, and I fight to get good ones, the main thing is to get good cork, but it’s a lot of work.”

Hervet too expressed his desire to stick with natural cork.

“I have resisted alternative closures because I am fascinated by very old bottles of Burgundy… and, as someone once joked, if the cork trees were growing in Germany, the problem of cork quality would not exist.” 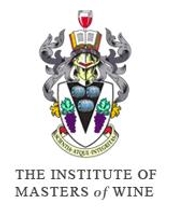 Meanwhile, de Montille said he was using the agglomerated cork from Diam.

“Since 2009 we have decided to use Diam 10 for all our white wine up to grand cru – Diam 10 I believe is suitable for long ageing white wine.”

Concluding the discussion on white winemaking, while relating it to the problem of premature oxidation, de Montille said, “I believe we are on the right way and most of these things are solved.”

Similarly, Lafon said, “We are getting close to the end of that problem and close to a good understanding… now we want to secure more things to get the sulphur level a bit lower.”

However, supplying the last words, Hervet said, “Things are progressing, but not enough for the consumers and collectors… we have lost the good use of the lees, the protective use, and we are using too much sulphur.”

Finally, he said, “I am convinced we are missing something – I don’t know why or what – but we need to convince someone to work seriously on this subject.”