The third of our 10-part analysis on Australian wine trends considers the country’s embrace of Italian grapes and newfound success with the Moscato wine style. 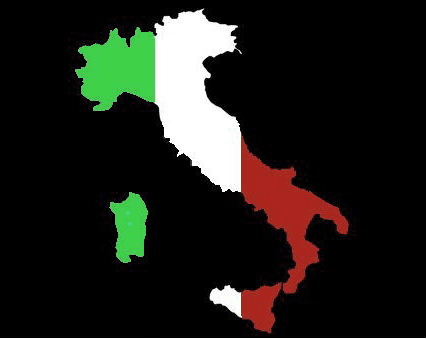 Although the planting of Mediterranean varieties from Greece, Spain and Portugal is in vogue, it’s the potential of those from Italy that really seems to be exciting winemakers Down Under.

Historically, as André Bondar, at McLaren Vale’s Mitolo, records: “Australia used to plant French varieties regardless,” but today growers are realising that many Italian grapes are more suitable to certain climates in Australia.

For Corrina Wright, director at McLaren Vale grower and producer Oliver’s Taranga: “Italian varieties in general are gaining traction because they have high natural acidity and a lovely texture and they are well adapted to heat spikes.”

Notably she has planted five acres of Sagrantino. “We’ve had it for 12 years and it’s hard to grow and low cropping, but produces wines with fabulous tannins.” She would like to plant white grape Greco too, she says, but has run out of vineyard space.

For many, Sangiovese elicits excitement. Coriole’s Mark Lloyd points out that he was the first to grow Sangiovese in the country, having planted it in 1985 in the McLaren Vale because, he recalls: “It was going to be the antithesis of big, sweet Shiraz.”

He does admit, however: “It’s been a struggle because people find it hard to pronounce and there’s no point putting it in a wine competition – it only got a gold in the Alternative Varieties Wine Show because it was judged against other Sangioveses.”

Meanwhile, Maree Collis at Lethbridge in Geelong says Sangiovese’s drought tolerance has spurred interest, and since 2008 the producer has been making a “Super Tuscan style wine with 70% Sangiovese, 28% Merlot and 2% Cabernet Franc called Hugo George”. She’s also made for the first time in 2012 a Nero d’Avola and Negro Amaro using grapes from Heathcote.

Although few are working with Piedmontese grapes Nebbiolo and Barbera, many express a desire to plant them. Some, such as Tarra Warra, are even planning a blend of both varieties, using the term Barbarello to describe the combination.

White Italian grapes are also gaining a following, with Vermentino proving popular for its naturally low alcohol levels and crisp acidity, even when grown in warm climes.

Mitolo’s Bondar says he’s making Vermentino with 10-11% abv in McLaren Vale, and is hoping to make a Vin Santo-style wine with the grape. According to Steve Webber, at De Bortoli, Victoria’s King Valley is home to good Vermentino, and home to much of Australia’s Italian varieties.

Even big brand Jacob’s Creek has been working with a range of Italian grapes, and chief winemaker Bernard Hickin says it’s currently finding success at its visitor centre with a Jacob’s Creek Limited Release Fiano and Nero d’Avola. Speaking of the latter grape, he remarks: “We have 200,000 people each year through our visitor centre and the Nero d’Avola is out-selling other reds by five to one.”

He adds that Jacob’s Creek also sells a Negro Amaro and launched an Arneis this year from the Adelaide Hills, using fruit from the 2011 vintage.

Furthermore, Australian Vintage has also been experimenting with Italian grapes, and according to UK general manager Julian Dyer: “Of the trials, the one that stood out is Maestri.”

Meanwhile, inspired by the surge in demand for Italy’s Moscato, Australia has quickly ramped up production of low-alcohol, lightly sparkling sweet wine from the Muscat grape. Both Wirra Wirra and Innocent Bystander in the Yarra Valley produce a pink version at 5%, which they say is their best-selling wine at the cellar door.

Launched just over two years ago, it now accounts for 5% of the brand’s global sales of seven million cases. Supplying this growth are Muscat vineyards in Australia’s Riverland, Riverina and Mildura regions, and plantings have increased dramatically in the last five years.

Indeed, as previously reported by the drinks business, Orlando Wines is even considering re-introducing a sweet, semi-sparkling brand from the late 50s called Barossa Pearl.

The label was launched in 1956 by former Orlando Wines director Colin Gramp, who was inspired by Germany’s semi-sparkling perlwein.

Already on supermarket shelves in the UK specifically however, is Vinni from Australian Vintage.

Launched in October last year, the low alcohol, wine-based drink is made from Moscato grapes, which come from New South Wales and it is available in a 568ml glass crown seal bottle.

As Julian Dyer told db in 2012, “We believe that this lighter, less alcoholic wine-based product will open up a whole new avenue for wine, appealing to younger audiences who perhaps have not tried it before.”

Back in the Yarra Valley, last year De Bortoli produced its first Moscato under the Bella Riva brand.

Using Moscato Giallo – as opposed to the more widely-planted Muscat Gordo Blanco (or Muscat of Alexandria) – managing director Steve Webber describes it as a “premium Moscato”.

And, summing up his belief in the potential for this wine style, he said, “I think there is an enormous market for 5.5% wine and Moscato is a nice solution.”

Click here to read the first instalment of db‘s top 10 Australian wine trends, which focuses on the development and export of extremely pricey wines from the country.

And click here to view the second part, which considers the fast-growing interest and investment in Tasmania.