Chardonnay and Shiraz are undoubtedly Australia’s twin varietal icons, but while the latter has retained the world’s affection, the former had become distinctly unfashionable – and Oz has been blamed for altering its image. 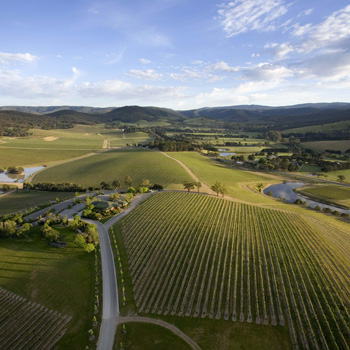 Today, however, the country can be credited for its comeback. Historically accused of buttery blandness and short-lived tropical fruit flavours, Australia’s new Chardonnay style is slender, savoury and age-worthy – and so dramatic is the stylistic swing, it’s impossible not to take note.

Motivation for the change is debatable: some suggest it’s been the increasing presence of leaner European wines Down Under since the country’s currency strengthened relative to the euro, while others point to a call for greater purity and acidity from the country’s powerful sommelier community. More commonly cited, however, is the need to respond to growing sales of New Zealand Sauvignon Blanc – now the biggest white wine category in Australia. As Jarrad Olsen, winemaker at Vasse Felix, comments: “There has been a massive and concerted effort to steer people away from drinking New Zealand Sauvignon Blanc – which has been killing our industry – using modern Chardonnay.”

But while the causes of change are open to speculation, the outcome is certain, and it’s connected to a number of changes in the vineyard and winery. The first of which is grape sourcing. Key to Australia’s new wave Chardonnay is cooler-climate fruit, in which the country’s so called “Dress Circle” is dominant – a term used by commentator James Halliday to describe the regions around Melbourne, which are, in alphabetical order, Geelong, Gippsland, the Macedon Ranges, Mornington Peninsula and the Yarra Valley. Beyond this clutch of Victoria-based areas, Tasmania is also important, along with the Adelaide Hills as well as Margaret River, and some would name-check Orange and Hunter Valley too.

Location alone of course is just one aspect to the change. Clonal selection is also considered important, with the increasing use of high quality Bernard clones, ‘76, ‘96 and ‘95 making their mark, along with the more historic Penfolds ‘58, and in Margaret River, the Mendoza or Gin Gin clone, which is rated by growers for its acid retention. All of these are gradually replacing high-yielding “I” clones.

Often overriding the clonal influence is vine age, and further assisting the drive for quality is the increasing number of old vineyards being isolated and recognised for the quality of their Chardonnay fruit. Over 17 years and producers start observing “minerality” along with greater “intensity”.

Above all, however, it is the changes in winemaking that have caused a rapid and dramatic stylistic shift. Earlier harvesting coupled with a reduction, if not total absence of malolactic conversion has brought the combined effect of lower abvs and higher acidities in Australian Chardonnay. 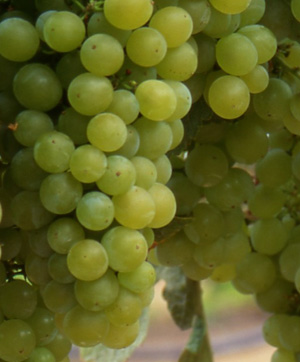 Whole bunch pressing is also now commonly practised, an important part of a new, minimal intervention approach, and one which produces not only better quality juice, but also “finer and fluffier” solids, according to Keith Harris, head of viticulture at Yabby Lake. Such solids are left in suspension for complexity as well as nutrients for the yeasts (which are now usually natural). A reduced proportion of new oak and a move to larger barrel sizes, above all 500 litre puncheons, are a further aspect to a new style of Chardonnay, which shows less sweet vanilla wood character, but a pleasing touch of toast.

Accelerating the change has also been the 2011 vintage, which was a significantly cooler and wetter year in Victoria and South Australia. “If 2010 Chardonnay was more Meursault,” says Michael Hill-Smith MW, co-owner at Shaw & Smith, “then 2011 was more Chablis.” Indeed, for Hill-Smith, modern Australian Chardonnay has been created by the “sum of many subtle changes”. Explaining, he says: “It’s due to a move to cooler places, increased vine age, better clones and lower yields. It’s also about process – hand harvesting, whole bunch pressing, wild yeasts, solids, pulling back on malo, backing off on the battonage and the move to older and larger format oak.”

The result is a whole new set of terms that have been coined to describe a gently reductive note on these new wave Chardonnays – be it good reduction, French funk, or sexy sulphides – a character which is believed to stem from the reductive influence of extended lees contact in barrel without stirring.

Penfolds’ chief winemaker Peter Gago, whose Yattarna won the inaugural James Halliday Chardonnay Challenge in September, is delighted by the changes, praising the new styles for their “purity and definition”. Summing up, he says: “The most exciting thing about Australian Chardonnay is that it’s just in its infancy.” As for sales, in Australia at least, Andrew Hardy, Petaluma’s senior winemaker, states: “Demand for Chardonnay at $30 and up is booming – the market is recognising we are making really good Chardonnay.”

Other developments already featured on thedrinksbusiness.com as part of our Top 10 Australian Wine Trends include: