Wine beers start spreading across the US 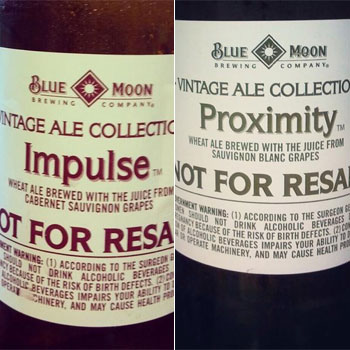 The craft beer market in the US is growing rapidly and now accounts for nearly 6% of the total beer sales in the US. A big part of the market is seasonal and speciality brews, which are becoming increasingly popular.

As the market grows brewers are becoming more creative with their beers and earlier this year MillerCoors confirmed that it would be taking Blue Moon’s Vintage Blonde Ale wine beer national.

Originally called Chardonnay Blonde, the name was changed to Vintage Blonde because the US government would not approve a beer label that included “Chardonnay.”

After being initially released in 750ml bottles in 2011, it was decided to take the brew national. JJ Taylor will be distributing the hybrid nationally and tweeting from his account @matta_jjtaylor, the company’s marketing manager said: “Hybrid of beer meets wine, Very interesting! You may not have had this yet, but coming Soon!”