Australian Vintage is set to launch its own contribution to the growing lower alcohol wine category with Vinni, a 5.5% ABV Moscato. 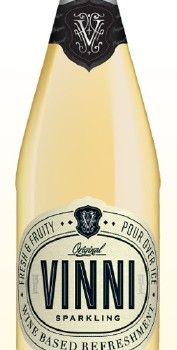 Despite recognising the “social concern” of the lower alcohol wine movement, Australian Vintage CEO Neil McGuigan admitted: “I’ve resisted and resisted” joining this category as a result of quality concerns.

Looking at the UK’s current lower alcohol offerings, McGuigan remarked: “The market sector is starting to happen but the wines are not good enough and that’s a concern – it can turn people onto RTDs.”

As a result, the company has invested in new technology, which allows the spinning cone mechanism used to remove alcohol from the wine can operate at 42C instead of the usual 62C. “It’s a much gentler process,” explained McGuigan. “It means we can do a second pass, take out the aromas and then add them back.”

Describing the result as “crisp, clear, carbonated and sweet too, but not sweet and grapey,” McGuigan insisted: “The wine is good; it’s still the hero.”

Vinni will be available in Sainsbury’s from 21 October, with two further listings due to be confirmed soon, at an RRP of £3.49. The launch will be supported by a new website, www.vinnisays.com, which goes live later this month.

Showing off its 586ml cider-style glass bottle, Julian Dyer, Australian Vintage general manager for the UK & Europe explained the breadth of appeal across both wine lovers and RTD drinkers. “If you like Moscato this works because it has balance and flavour,” he commented, adding: “But if you’re new to the category then the different pack format is familiar to an RTD drinker.”

In addition to his quality concerns for the lower alcohol category, McGuigan called for new duty break at around 9% ABV to support these wines, whose vinification methods can make them expensive to produce. At present, UK wine duty brackets only exist at 5.5% and 15% ABV.

However, predicted McGuigan, “Our betting is that worldwide there will be different duty levels at different alcohols; it makes logical sense.”

According to a recent report from Mintel, the UK’s lower alcohol wine sector has increased in value by 40% during the last year to £23 million, although the research firm found that just 19% of consumers expressed an interest in this category.

Other brands which have launched lower alcohol wines in the UK during the past year include Blossom Hill, McWilliams, Arniston Bay and Banrock Station Light.