The shape of beer glasses affects how quickly people drink, according to research from the University of Bristol. 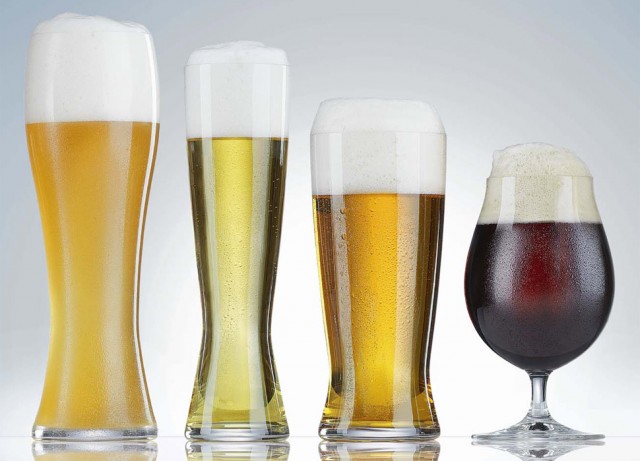 The study, published in the journal PLoS ONE, found that people drink more quickly out of curved glasses than straight ones.

According to the study, curvy glasses makes pacing yourself a greater challenge.

A group of 159 men and women were filmed drinking soft drinks and beer as part of the study.

While all of the glasses contained around half a pint, some were straight while others were distinctly curved.

The study found no difference in the drinking time for soft drinks, with people drinking from both straight and curved glasses finishing in around seven minutes.

For the beer drinkers however, there was a large difference between the two groups.

“Drinking time is slowed by almost 60% when an alcoholic beverage is presented in a straight glass compared with a curved glass,” the report said.

Researchers believe that curved glasses make it harder to pace drinking as judging how much is in the glass becomes more difficult due to its curvy shape.

The group of drinkers were shown a variety of pictures of partially-filled beer glasses and asked to say whether they were more or less than half full.

People scored lower when assessing the amount of liquid in curved glasses.

“They are unable to judge how quickly they are drinking so cannot pace themselves,” lead researcher Dr Angela Attwood told the BBC.

She believes altering glassware in pubs could “nudge” people to drink more responsibly by “giving control back”.