Why alcohol makes you feel sexy

Research shows that alcohol makes us think we are more attractive than we really are. 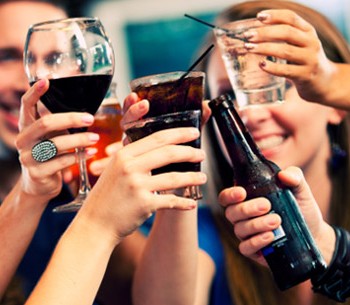 French, US and Dutch researchers believe that memories of glamorous film stars drinking alcohol leads us to associate drinking with attractiveness.

The finding comes from researchers who asked 19 men and women drinking in a French bar to rate their own attractiveness and blow into a breathalyser.

The more they had drunk, the more attractive they thought they were, the study published in the Journal of Individual Differences reported.

A second experiment revealed that the mere thought of alcohol is enough to boost someone’s opinion of themselves.

In this experiment, 86 young men were told they were taking part in a taste test for a new minty lemon drink. Some were given an alcoholic version, others the same drink without any alcohol. In each case, some were told the drink was alcoholic, others were told it was alcohol-free.

After a short break to allow the alcohol to take its effect, they recorded an advertisement for the fictional drink.

They then watched the tape back and rated their appeal.

This showed that those who thought they were drunk rated themselves more highly than the others, regardless of whether they’d had any alcohol or not.

However, a third experiment showed this to be an illusion.

The study builds on previous research into the “beer goggle effect”.