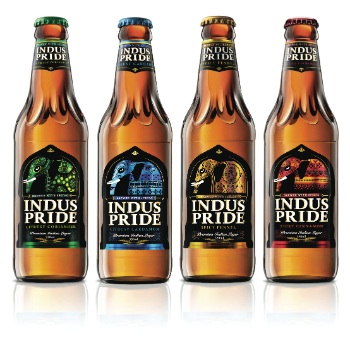 The beer is being rolled out in several major Indian cities, Pune, Mumbai, New Delhi, Chandigarh, Kolkata and Bangalore and is designed to be paired with Indian cuisine.

A statement from the company announced: “Indus Pride taps into the sensorial experiences of the consumers and is targeted to be the perfect pairing with Indian gourmet cuisine.”

Furthermore, it continued: “Indus Pride is targeted at individuals who are socially versatile, regular consumers of premium beers and proud of India’s emergence.”

“We see a huge opportunity here as the beer intake is on a rise with the legal drinking age consumers more open to experimentation today.

“With the changing lifestyle and rise in disposable income, more people are looking for innovative and interesting products in every segment including beer.”