Duff beer comes to the UK

A beer which shares its name with the fictional Duff brew featured in TV series The Simpsons will launch in the UK tomorrow. 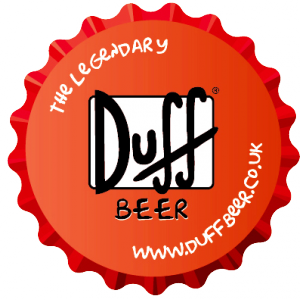 Following a trademark tussle with the cartoon’s producer News Corp, German brewer, Duff Beer UG, will see its Pilsner go on sale at the Adventure Bar in Covent Garden, London.

Commenting on this latest addition to his list, Tobias Jackson, director of Adventure Bar, said: “Our customers demand innovation and a constantly evolving product mix, the introduction of Duff is part of the vibrancy associated with our brand – but as well as that, it’s a bit of fun, underpinned by a beer that no one will be laughing at, it’s really very good.”

The venue will be serving Duff Beer from 5pm on Wednesday 11 July, with Jackson adding: “We’ll also be running series of offers, with happy hour extended to 9pm. We’ll have special guests you’ll want to meet and giving away lots of Duff beer”.