Wine has had a considerable presence on the silver screen, and here the drinks business counts down the top 10 wine movies. 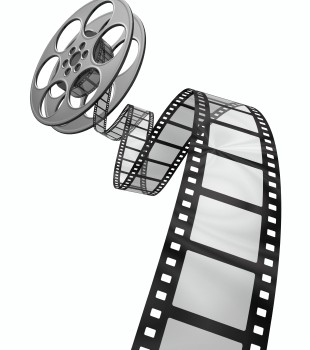 Wine is back in the Hollywood spotlight as heartthrob Brad Pitt is to star in a film adaptation of The Billionaire’s Vinegar, a book by Benjamin Wallace on the fake Thomas Jefferson bottles affair.

Our list is not packed with romantic comedies, instead a few documentary films are in the mix as well as a mockumentary on the Californian winemaking scene.

If we have missed any out – tell us! Email us or tweet at us @teamdb 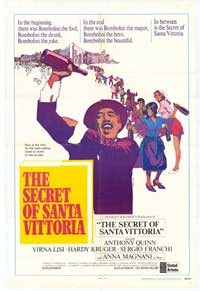 It’s an old one but a good one. During WWII in Italy, a wine producing village tries to hide a million bottles from the Germans.
Italo Bombolini (Anthony Quinn), the mayor of the winemaking hill town of Santa Vittoria, learns that the German occupation forces want to take all of Santa Vittoria’s wine with them. The townspeople frantically hide a million bottles in a cave before the arrival of a German army detachment under the command of Sepp von Prüm (Hardy Krüger).

The Germans are given a few thousand bottles, but von Prüm knows there is a lot more. The two very different men then engage in a battle of wits. 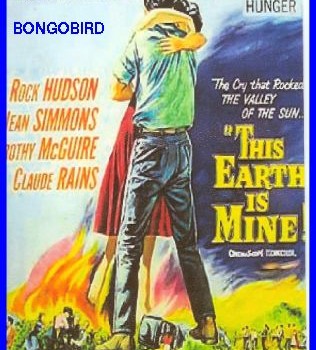 Jean Simmons stars as Elizabeth, an English cousin of the Rambeau family, who arrives in California in 1931 for a casual visit with her aunt and uncle, only to find her future pre-determined with a pre-arranged marriage to Andre Swann, a young cousin of another branch of the family.

But John Rambeau (Rock Hudson), disagrees with those plans and informs Elizabeth that she’s being married off to consolidate the family’s wine holdings.

The patriarch of the family, Phillipe (Claude Rains), wanting to keep the winemaking heritage of his family pure, refuses to deal with bootleggers eager for a ready-made supply of alcohol. John, however, is not so righteous, and arranges deals with Chicago gangsters for the valley’s wine supply.

In true dramatic fashion months, and years, of lies, blackmail and conflict follow, ending with the romantic union of John and Elizabeth, and their commitment to the Rambeau winemaking heritage. 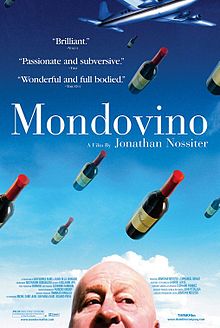 With a title meaning “world of wine” in Italian, this documentary film explores globalisation and its impact on the world’s winemaking regions.

The documentary film places large, multinational wine producers, in particular Robert Mondavi, up against the small, single estate wineries who boast about wines with individual character driven by their terroir. 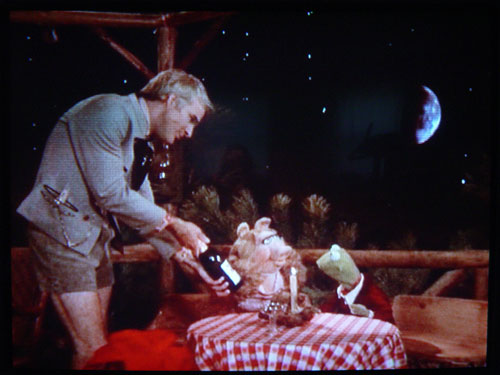 Steve Martin’s short cameo as a waiter/sommelier puts this kids’ film on the list.
Kermit the Frog orders a bottle of Champagne when out to dinner with Miss Piggy, which turns out to be sparkling Muscatel from Idaho that Martin “uncorks” with a beer opener.
Kermit is about to sip some when Miss Piggy reminds him that the expert is supposed to taste it first. Martin takes a sip, spits it out in a rush before composing his face into a smile and recommending the fizz as: “An excellent choice.” 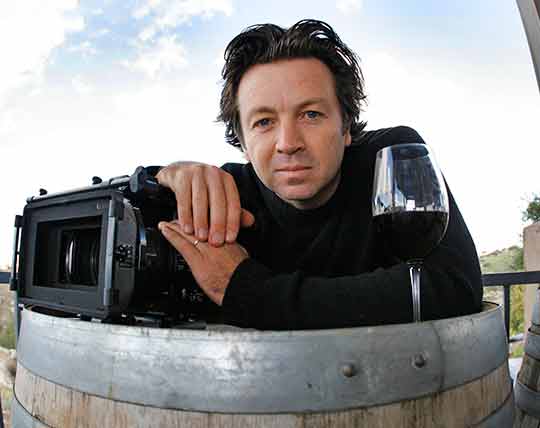 This selection is a little more niche than other films in the list, as the film follows director Robert DaFoe as he creates his own wine for the first time.
The documentary film uses footage of DaFoe’s winemaking journey with commentary from both up-and-coming and veteran winemakers including Au Bon Climat’s Jim Clenenden and Stag’s Leap Wine Cellars’ Warren Winiarski.
DaFoe has no wine experience but he tries to make two barrels of his own Syrah, but it’s actually more about the Californian industry itself.
It was filmed on a small budget in and around the Santa Ynez Valley.
The film has been well received in both wine and film circles and was an  official selection of the 2006 Santa Barbara International Film Festival. 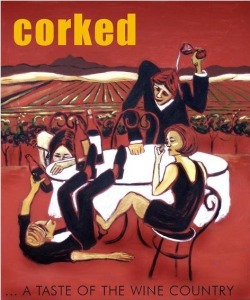 Shot during harvest in 2005, the mockumentary follows a Californian winemaker, a billionaire, a clueless winery manager and an incompetent rich kid as they compete to win the fictional Golden Cluster trophy.

A lot of wine industry members – vintners, sommeliers, wine critics, wine marketers and fans – get a mention in the faux travel guide through the Northern Californian vineyards.

Donald Smythe (Ross Clendenen) set’s the tone for the film with his upscale snobbish comparisons of his Sonoma vineyards to European aristocratic wine makers. 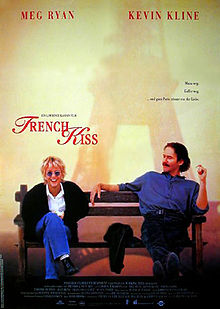 This romantic comedy directed by Lawrence Kasdan is not directly related to wine but has as a backdrop some French vineyards, as Kevin Kline plays the prodigal son of a French family of vineyard owners.
The plot of the film is about a woman (Meg Ryan) who flies to France to confront her straying fiancé and gets into trouble when the charming crook seated next to her uses her to smuggle a stolen diamond necklace.
Kline plays a character who knows a lot about French wine and is very convincing as a Frenchman, right down to the Gallic gestures. 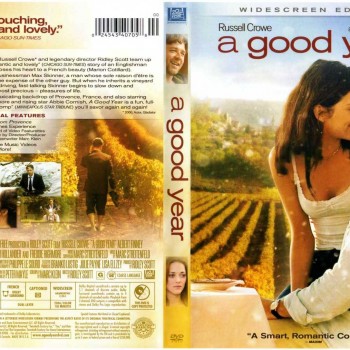 This movie tests Russell Crowe’s winemaking skills. The character he plays – Max Skinner, a British investment broker – returns from the Square Mile to French wine country after the death of Uncle Harry (Albert Finney) and is tamed by the romantic routines of the vineyard and life in southern France.

Skinner inherits his uncle’s château and vineyard in Provence, where he spent much of his childhood and discovers a new laid-back lifestyle. This British romantic comedy is directed by Ridley Scott. 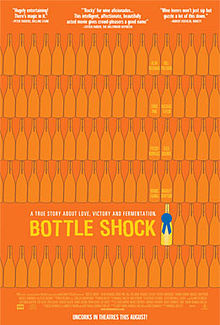 Alan Rickman plays Steven Spurrier in Bottle Shock, the tale of an English wine merchant in Paris who decides to pit American wines against their French forebears.
In 1976, Steven Spurrier comes to the Napa Valley to take the best he can find to Paris for a blind taste test against French wine.
Sommelier and wine shop owner Spurrier, a British expatriate living in Paris, is concerned how to save his business in his daily conversation with Maurice, a wine lover from Milwaukee. He plans to hold a blind taste-test intended to introduce Parisians to the quality wines coming from elsewhere in the world.
As Spurrier organises the “Judgment of Paris,” floundering vintner Jim Barrett (Bill Pullman) of Chateau Montelena doesn’t want to participate while Barrett’s son, Bo secretly passes on a few bottles of the chateau’s Chardonnay. The result changed the world wine map forever. 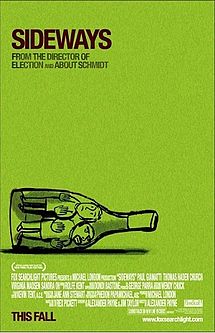 Written by Jim Taylor and Alexander Payne and directed by Payne the film has been adapted from Rex Pickett’s 2004 novel of the same name.

It is a classic wine film and one that enjoyed a positive reception from both the critics and lovers of American wines all over the world, sparking a wave of Pinot-philia among US consumers which is still being felt today.