Greene King has announced pre-tax profits of £152 million in its preliminary end of year results, an increase of 8.6% on 2011. 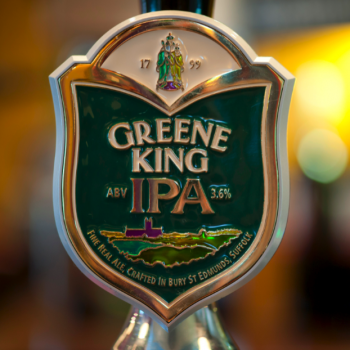 However, these figures could be marred by a tax tribunal decision delivered earlier this week, which may mean the brewer and pub firm faces a double tax bill as a result of a failed tax planning scheme designed by its auditors Ernst & Young.

The tribunal’s decision, understood to be part of a crackdown by HMRC on what it deems unacceptable tax avoidance schemes, could see Greene King facing a double tax bill on a payment of over £20m, on which the company sought to gain tax relief.

Commenting on the situation, Chris Lee, partner at accountants and business advisers James Cowper, said: “Greene King had no objection to the receipt being untaxed, and the tribunal’s view is that they cannot legitimately complain if a correct interpretation of the law results instead in their paying tax twice.”

As a result of this decision, Lee added that he would “not be surprised if we were to see companies and private investors taking legal action against promoters of tax schemes that do not work out in the way they were intended.”

Responding to the decision a Greene King spokesperson said: “We take great care to comply with taxation legislation and follow the advice of our taxation experts in so doing.

“We are disappointed that the first stage tribunal has found for HMRC over this technical tax interpretation and will review the ruling before deciding on our next steps.”

Turning back to its results, the last 12 months have seen Greene King strengthen its position with the acquisition and integration of Capital Pub Company, as well as adding a further 39 sites to its retail arm and lining up an “attractive pipeline” of new sites.

Food sales proved particularly important for the business, growing by 17% against a total retail like-for-like sales growth of 4%.

On the brewery side, the company has stepped up investment in its ale brand, relaunching Green King IPA and introducing new lines Old Golden Hen and Belhaven Black.

Considering the outlook for 2012, Rooney Anand, Greene King chief executive, said: “We are in the middle of an exciting summer for Britain, despite the unpredictable weather.” However, he added: “Looking further ahead, our customers’ spending will continue to be squeezed and concerns remain about job security.

“Our strategy is tailored for these difficult conditions as we focus on providing ‘everyday treats’ to our customers and delivering sustainable growth in earnings and dividends for our shareholders.”