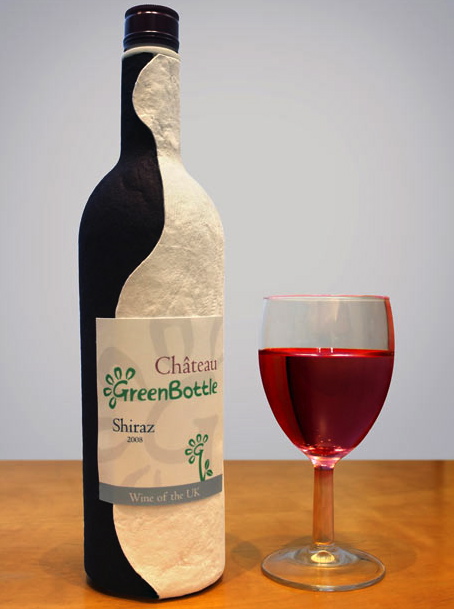 Its maker, GreenBottle, has just signed a deal with independent wine supplier Kingsland Wines to bottle the wine at its Manchester base.

GreenBottle founder Martin Myerscough is in the final stages of negotiation with one of the UK’s leading supermarkets, which is set to debut the bottle this autumn.

“We’re looking at a six month ‘first to market’ agreement, and will premiere the bottle with one or two wines to begin with,” Myerscough told the drinks business.

“Kingsland is currently doing some shelf life testing, but we predict it to be the same is bag-in-box wine: 9-12 months,” Myerscough added.

The entrepreneur has seen huge interest in the bottle from Australia, California and France, and plans to take his invention across the globe next year.

“The phone has been ringing from all corners of the world. I’ve just come back from Australia, where I’ve had serious interest in the bottle from a number of wineries.

“Even a few French producers have shown an interest,” Myerscough told db, though warned of the dangers of getting too excited and ahead of the game. “The focus for now is getting the bottles on the shelf in the UK,” he said.

On the subject of pricing, he confirmed the bottle would be under £5, but warned that if priced too cheaply it would “devalue the brand.”

The bottles, which weigh just 55g, will be made at Myerscough’s plant in St Helens, Merseyside, and filled at Kingsland in Manchester.

Myerscough intendeds to sell the technology, allowing companies to build bottling plants next to their manufacturing sites and cut down on transport. The machinery, which is patent protected, is capable of producing 50 bottles a minute.

As reported by db last November, the compostable bottle’s carbon footprint is 10% of that of a glass bottle. It has a plastic lining similar to those found in bag-in-box wine to keep the contents fresh.