BBPA wary of pubs being treated like “crack houses”

The British Beer & Pub Association is to monitor a new Government proposal that could see pubs treated in the same manner as “crack houses”. 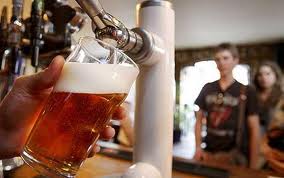 Under the Government’s proposals to tackle antisocial behaviour are plans to consolidate police and local authorities’ existing powers to close premises into one single measure.

There are also plans to double the closure time to up to 48 hours “if there is a public nuisance or if there is or is likely imminently to be disorder and if the closure is necessary”.

“We’re all in favour of attempts to simplify legislation and regulation, but we will be monitoring this closely to guard against any potential negative impact on pubs,” a BBPA spokesperson told the drinks business.

The proposals are expected to be met with further concern from drinks industry figures who believe licensees could be unfairly targeted.

A Home Office spokesperson said: “Some communities are plagued by constant antisocial behaviour from particular premises, which make the lives of those who live nearby a misery. That is why we are streamlining existing powers, so that local agencies can respond flexibly and swiftly to stop the problem and protect victims and the public.”