Diageo has apologised to craft beer company BrewDog which accused the drinks giant of allegedly tampering with the results of an award it was in the running to win. 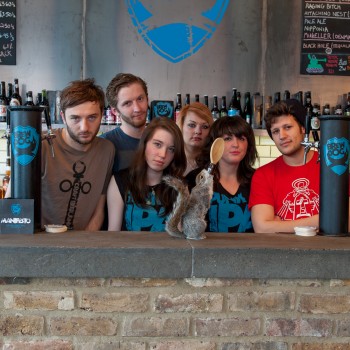 The Scottish company claimed that Diageo allegedly abused its position as the principle sponsor for the British Institute of Innkeeping Scotland’s annual awards to strip selected winners BrewDog of the title, “Bar Operator of the Year 2012”.

BrewDog began an online campaign to raise awareness of this perceived wrong-doing, with the hashtag #AndTheWinnerIsNot trending worldwide on Twitter.

A Diageo spokesperson told the drinks business: “There was a serious misjudgement by Diageo staff at the awards dinner on Sunday evening in relation to the Bar Operator of the Year Award, which does not reflect in anyway Diageo’s corporate values and behaviour.

“We would like to apologise unreservedly to BrewDog and to the British Institute of Innkeeping for this error of judgement and we will be contacting both organisations imminently to express our regret for this unfortunate incident.”

BrewDog outlined a number of reasons why it believed the award was falsely awarded including that the award “clearly had “BrewDog” engraved on the trophy as winners.”

BrewDog, who were seated among the judges, claimed that when the announcement was made one of the judges said, “this simply cannot be, the independent judging panel voted for BrewDog as clear winners of the award”.

The bar operator award was presented to the team from Behind the Wall, a bar operation based in Falkirk.

James Watt, cofounder at BrewDog has strong words about the decision. “Diageo’s actions are shameless, misguided and embarrassing. This is clear evidence of the dirty tricks used by global corporations to derail young competitors they fear.

“We are often criticised for suggesting big businesses do not play fair in this industry, yet this is another clear indication that some organisations feel they are big enough to be kingmakers, controllers of everyone else’s fate. As a sponsor, Diageo had no right to interfere with the independent judging process, but they abused their position to make a small and stupid statement like this one.”

He added: “Two days after the award, I took a phone call from Kenny Mitchell, chairman of the BII and Award Committee. He told me directly; ‘We are all ashamed and embarrassed about what happened. The awards have to be an independent process and BrewDog were the clear winner. Diageo, the main sponsor, approached us at the start of the meal and said under no circumstances could the award be given to BrewDog. They said if this happened they would pull their sponsorship from all future BII events and their representatives would not present any of the awards on the evening. We were as gobsmacked as you by Diageo’s behaviour. We made the wrong decision under extreme pressure. We were blackmailed and bullied by Diageo. We should have stuck to our guns and gave the award to BrewDog’.”

A spokesperson for Manifest London marketing and communications agency confirmed BrewDog are standing by their comments and feel “hurt by what happened.”