Pubs are closing at the rate of a dozen a week across the country new figures show. 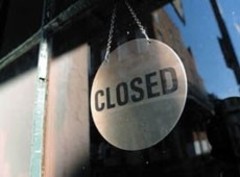 The Campaign for Real Ale (CAMRA) claimed crippling beer taxes are threatening the future of the industry, however the rate of closures has slowed down from the previous survey of 16 a day.

National research commissioned by CAMRA has found that Britain’s national pub closure rate now stands at 12 pubs per week. Away from Britain’s city centre high streets – where a net loss of just six pubs in total has occurred across Britain in six months – rural pubs are closing at a net rate of four per week, and suburban at eight per week.

The West Midlands was one of the regions worst hit by closures in the six months to March with eight pubs a week closing in towns and four in rural areas.

More than 33,000 consumers have now signed a national petition calling for an end to above-inflation beer tax increases in response to a 42% increase in duty since 2008.

CAMRA’s chief executive Mike Benner said: “Whether situated in a small village, city high street, or on the edge of a housing estate, pubs are so central to our society that whole communities can grow around a particular pub.

“A threat to the future of traditional pubs is, therefore, also a threat to countless social groups within Britain that thrive because of their local.

“Unsustainable beer tax increases by the government are ripping the heart out of community centres, but with over 33,000 consumers having recently signed the beer tax e-petition, beer drinkers and pub-goers are actively voicing their discontent.”

Many pub closures have been blamed on venues being unable to cope with the discount prices for alcohol that big supermarkets can offer.

A number of pubs have closed their doors in the region recently, including The Royal Oak in Tipton and The Vine in Dunsley Road, Kinver.

However, some pub groups are continuing to expand their numbers, including JD Wetherspoon, which is now concentrating on opening in towns with smaller populations.