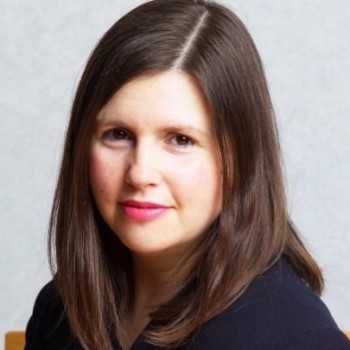 Named after Horlick’s late daughter, Georgina’s is due to open in Barnes, South West London, on 14 May, offering casual dining during the day before aiming to transform into a destination restaurant at night.

The venture seeks to fill a gap in the market for neighbourhood clubs in South West London and the Home Counties.

Georgina’s menu has been designed by Byatt in collaboration with Horlick (left), while the kitchen will be headed by Greig Hunter, who has spent three years at Trinity.

With many dishes cooked on the purpose-built barbeque, Georgina’s menu will include options such as grilled sea bream with harissa and toasted cous cous, or warm beetroot salad with nuts and apple vinegar.

The venue will also feature a delicatessen counter with salads, sandwiches, cakes and meringues all available to eat in or take home.

Taking its inspiration from restaurants such as Ottolenghi, the interior has been designed to be light and airy, with a patio for diners to use in warmer weather.

Horlick made her name as one of the City’s original “superwomen” in the 1990s, managing an investment fund while raising six children. She is currently chief executive of Bramdean Asset Management, the firm she founded in 2005.