The trade has reacted with disappointment to the latest budget and criticised the continuing position of successive governments to tax the industry rather than help it participate in the recovery. 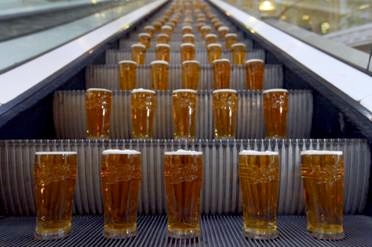 Speaking to the drinks business, Gavin Partington, interim chief executive of the Wine and Spirit Trade Association (WSTA) said that it was, “a set back for drinkers and blow for the industry which should be playing a part in helping the recovery of this country and instead finds itself stymied by a policy towards duty that places more pressure on the industry year on year.”

The WSTA warned that, “today’s tax increase adds to the pressure on a sector which has seen volume sales continue to decline in the past year as consumers reined in spending.

“The rate of alcohol taxation in the UK is now so out of step with our European neighbours that visitors to the London Olympics will face paying 50 percent more for an average bottle of wine (£4.89) than if the Games were being held in Paris (£3.26) and triple what they would pay in Madrid (£1.52).”

Partington added in a statement: “Consumers and businesses are already paying the price for the excessive duty increases in recent years and today’s news means more price rises are on the way.

“While we recognise the pressure on the public finances, the mounting duty burden on the sector is holding it back from contributing fully to the UK’s economic recovery.”

Ayo Akintola, the managing director of Oddbins, said in response to the Budget today: “The Budget saw a 7.2% increase in excise duty on wines, spirits and beers as the chancellor proceeded with the tax escalator which automatically increases tax on alcohol by 2% above inflation.

“It means that in just three years in the UK tax on wine has increased by around a third, such that it now represents 56% of the cost of an average priced bottle of wine.

“This is simply a continuation of a lazy cash grab on consumers who are hammered for enjoying a glass of wine. The drinks industry is being singled out in a manner that will do nothing to reduce binge drinking.

“This continued tax raid will hurt the ‘squeezed middle’ and have a disproportionate impact on independent wine merchants that are trying to compete with supermarkets that continue to use alcoholic beverages as a loss leader.”

However, not all trade members reacted so virulently.

Paul Tutton, proprietor of Waterloo Wine Company, commented: “I am not opposed to taxes going up. In the current climate, why would we expect anything different?

“Hopefully an increase will force supermarkets to price wines differently. An increase will not affect my business or other independents that sell quality wines and have relationships with their customers.

History has shown that our customers and private clients will not be put off by a small increase as they are still getting quality and good value for money.

“As for the distribution side of my business to the on-trade, I don’t think a budget increase will have much of an impact as we have a very strong portfolio of mainly exclusive wines and again have developed a strong loyal customer base.”

“My biggest concern is the Olympics. That is when I expect to see business sales go down, which annoys me as I still have to pay for the Olympics but won’t see any benefits.

“Actually delivering wines to restaurants during the Olympics is also a cause for concern.”