A joint winemaking project for Malbec World Day between Wines of Argentina and English producer Chapel Down has run foul of EU law. 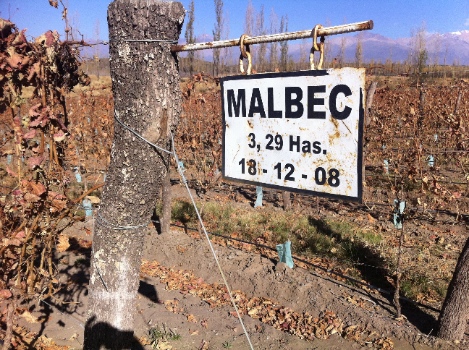 The offending fermented grape beverage was vinified in Kent using fresh Malbec grapes from the Gaucho Restaurant Group’s Mendoza vineyards, having been air-freighted from Argentina immediately after picking during the 2011 harvest.

The resulting wine was to be released as an entertaining and hopefully palate-catching marketing exercise in the UK on Malbec World Day on 17 April.

However, as Chapel Down Group CEO Frazer Thompson explained, the project has run into a slight snag and the planned promotions in both on- and off-trade, aimed at spreading the varietal word, may now be unable to go ahead.

“Because the grapes were grown outside of the EU but the wine was made at Chapel Down we have run into a problem,” said an exasperated Thompson.

“The wine is sensational but we now have 1,100 bottles which are illegal to label or sell as either Malbec or wine.”

Aside from the point that those behind the venture should perhaps have taken a closer look at the legal small print regarding EU wine production, this protectionist clause has clearly come as a blow to those involved.

“It’s ridiculous,” said Thompson. “We could make a beer in Kent with American hops or a vodka with Russian grain, but when it comes to wine different rules clearly apply which doesn’t make sense at all.”

Thompson is hopeful that the authorities will allow the Malbec to be distributed for promotional purposes but is still stuck for a (legal) name.