GST (growing season temperature) may be the climatic index of choice for viticulturists. 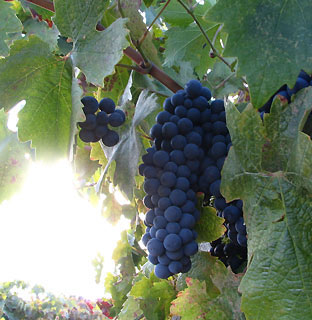 Pirie tested some of the current climate indices by trialling how successful they are in Tasmania, no easy task in a complex viticultural environment.

Such parameters as air temperature, soil temperature, rainfall, humidity, wind, solar radiation, UV, soil moisture and evapo-transpiration “changed more than I expected, and will all have a bearing on the climate of a vine.”

While “no one index will tell you everything” Pirie said, he arrived at GST, which has been around for some time, because “it seems to work everywhere” across the winemaking world, whereas, he added, indices such as HDD (heat degree days) and MJTs (mean January/July temperatures) do not.

Another advantage of GST is that it “tells you which grapes will grow” Pirie said. In “very cool” regions, the likes of Müller-Thurgau, Seyval, Reichensteiner, Schonberger, Huxelrebe and Bacchus are found, while in “cool climate”, Gewürztraminer, Pinot Gris/Grigio, Chardonnay, Pinot Noir, Pinot Meunier, Gamay, Sauvignon Blanc and Riesling are best suited.

Over 16C, and varieties such as Cabernet Sauvignon, in Bordeaux, begin to be grown.