Two extra-rare whiskies have today been launched to commemorate the Queen’s Diamond Jubilee. 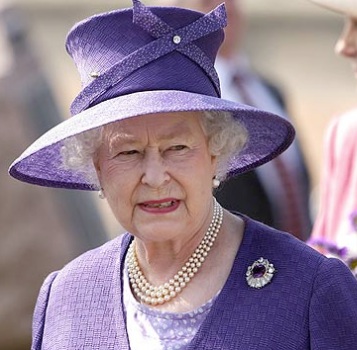 Royal Warrant holders John Walker & Sons celebrates the occasion with the bottling of Diamond Jubilee By John Walker & Sons; a specially crafted £100,000-per-bottle blend of rare malt and grain Scotch whiskies distilled in 1952, the year she acceded to the throne.

Just 60 bottles of Diamond Jubilee by John Walker & Sons will be released.

Today at Royal Lochnagar Distillery, on the edge of the Queen’s Balmoral Estate, David Gates, grantee of John Walker & Sons’ Royal Warrant, will oversee the filling of the Queen’s decanter, as well as 60 further editions for sale around the world.

The profits from the sale of these editions are being donated to the Queen Elizabeth Scholarship Trust (QEST) with a guaranteed amount of at least £1 million and will support the excellence of craftsmanship as symbolised by the Royal Warrant.

Gates said: “John Walker & Sons was first awarded a Royal Warrant in 1934 by King George V. We are extremely honoured that the quality of our whiskies is recognised by this symbol and our commitment to this calibre of quality and service is unwavering.

“Today in 2012, we are privileged to be able to celebrate the Queen’s remarkable achievement with this fitting tribute, Diamond Jubilee by John Walker & Sons, the sales of which will help to create an enduring legacy for the supreme craftsmanship that it represents.” 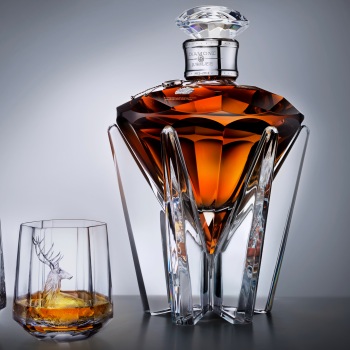 Queen’s reign, and are adorned with Britannia silver.

Each edition also includes a pair of lead Cumbria Crystal glasses engraved by Philip Lawson Johnston and a commemorative artefact book, hand bound by Laura West at her Isle of Skye bindery and personalised for each owner by Sally Mangum, Calligrapher By Appointment to Her Majesty The Queen.

All the elements will be housed in a chest made by the cabinet makers at NEJ Stevenson, incorporating oak from the Queen’s Sandringham Estate in Norfolk, to echo the whisky marrying casks and Caledonian pine from Balmoral.

Meanwhile another ultra-rare £8,000-per-bottle single malt has been launched today, also in commemoration of the Diamond Jubilee.

The 60-year-old malt from Glen Grant was originally distilled on 2 February 1952, just four days before the Queen acceded the throne. 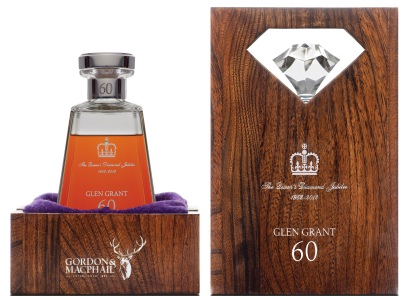 Elgin-based single malt whisky specialist Gordon & MacPail has released just 85 bottles of the drink (left), which was bottled at cask strength on 2 February this year – making it exactly 60 years old.

Gordon & MacPhail’s joint managing director Michael Urquhart said: “Glen Grant 60 Years Old is a rare single malt whisky and we are delighted to be releasing it to mark the celebration of Queen Elizabeth II’s Diamond Jubilee.

“With whisky of this quality and rarity – each bottle comes with a certificate of authenticity – we expect considerable interest, not just in the UK, but from the international marketplace where recent export figures have shown we have an avid consumer following.

“In producing the packaging for this remarkable single malt we worked with Scottish craftsmen, allowing us to showcase some of the finest talent in the country.”

The whisky is presented in a pyramid shaped crystal decanter adorned with a diamond shaped stopper. Each decanter is engraved – the script filled in with silver – and uniquely numbered.

The decanter carries an engraved crown with a sparking Swarovski crystal, set at the meeting point of the crown’s two arches. A silver collar, placed around the neck of the decanter completes the presentation.

The decanter is packaged in a hand-crafted box made of Scottish elm, felled a short distance from Holyrood House, the Queen’s official Scottish residence. The decanter sits in the box lined with purple Harris tweed.

Tweed and a dust jacket made from the same material protects the box and the contents.

The limited edition bottles are now being put on the market for a recommended retail price in the UK of £8,000 per bottle. Prices in export markets will differ depending on duty and import taxes.

The launch of Glen Grant 60 Years Old is supported by an online social media campaign and dedicated microsite and Facebook page.