Croatian wine has “risen phoenix-like from the ashes” and is set to make a big impact on the international wine market, according to one of the country’s top producers. 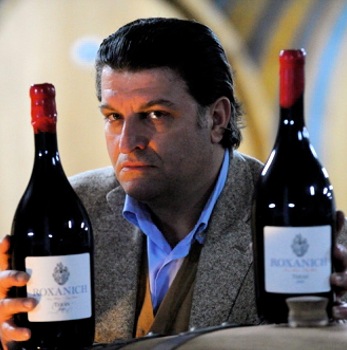 “The quality of Croatian wine has improved dramatically over the past few years and we’re witnessing the rebirth of the country’s wine tradition at the moment,” Mladen Rozanic of Istria-based winery Roxanich told the drinks business.

“We’ve got a big wine culture that people don’t know about, but they’re starting to catch on,” Rozanic added, predicting a bright future for Croatian wine in the international market.

“Croatian wines have something different to offer. They’ve got an attractive Mediterranean character,” he told db, citing white variety Malvazija Istarska, Borgonja – a descendent of Gamay brought to Croatia by Napoleonic soldiers in the early 19th century – and red grape Teran as the top three indigenous varieties of Istria to watch.

With around 33,000 hectares under vine, Croatia plans to crack the global export market when it enters the European Union next year. It currently exports only 5% of its annual production of 60m litres.

“I planted test rows of each of the seven varieties just to see how they performed in our terroir. Sauvignon Blanc, Pinot Gris and Pinot Blanc have adapted best to the climate and soil,” he revealed.

Rozanic is passionate about ageing his wines for as long as possible in barrel before releasing them onto the market. His whites are aged for three years in three-year-old French oak, and his reds four years.

“Ideally, I’d like to age my reds for seven years before releasing them onto the market – five years in barrel and two in bottle,” he said.

Passionate about small-scale production, all of Rozanic’s wines are made naturally, with only a small amount of sulphites added.

“I like the purity and honesty of natural wines. Wine is one of the oldest traditions of human civilization and it deserves respectful treatment,” he said, adding, “I believe in the importance of letting the terroir speak, but I also like to see a winemaker’s signature in his wines. I like to be present in my wines.”