Chivas Brothers has overhauled the packaging of Plymouth Gin and increased the product’s price in an effort to emphasise its super-premium positioning. 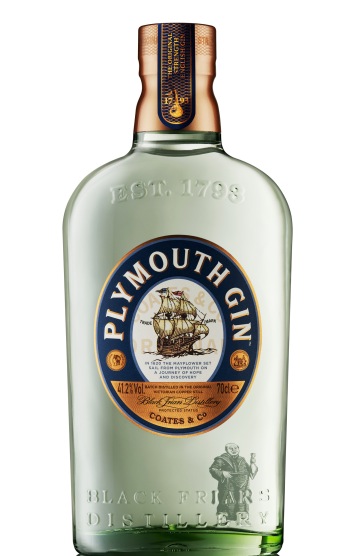 Launched into Spain in late 2011, the new packaging will continue to roll out into key markets globally from January 2012.

A Chivas Brothers statement said: “The new rounded bottle shape and antique style pay tribute to the unique heritage of Plymouth Gin, while the oval label sees a return to an earlier example of the packaging, enriched with copper to reflect Plymouth’s artisanal credentials.

“A copper cap also mirrors the single copper pot still that has been used in production since Victorian times.”

In addition, the bottle pays homage to the brand’s provenance, as it has been distilled on the same site since 1793 at The Black Friar’s Distillery in Plymouth – the oldest working distillery in England.

Built in 1431, the distillery was originally a monastery for the Black Friar monks and most prominently remembered as the location where the Pilgrim Fathers stayed the night before they set sail on the historic Mayflower ship for their voyage to the New World in 1620.

An image of the Mayflower on the label and a Black Friar icon embossed into the flint glass underlines the gin’s intrinsic link to Plymouth.

Paco Recuero, Chivas Brothers brand director for gins, said: “Known for its complex flavour profile and smooth texture, Plymouth Gin has gained the respect of spirit aficionados across the globe and is often regarded as the ‘single malt of gins’.

“This new packaging and increased price point reflects its rightful position in the super-premium gin category.”

The new packaging will be introduced in a phased programme through 2012 and 2013 in markets such as the US, Austria, Denmark, Norway, Greece, the UK and Japan, having already appeared in Australia and Spain.

Plymouth Gin is the only English gin with Protected Geographical Indication from the European Union.

According to this legal status, Plymouth Gin may only be produced within the city walls of Plymouth in the south west of England.