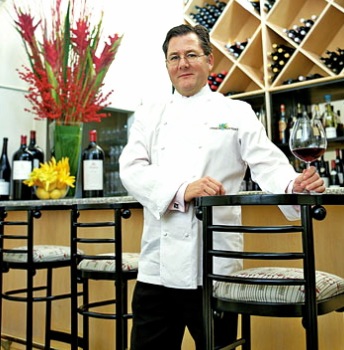 Trotter made the announcement to diners on New Year’s Eve, insisting the move is a sabbatical to study philosophy and political theory.

“I just had to put the flag in the sand and say I’ve got to go for this; otherwise, I never will,” he told The Chicago Sun-Times.

“If I don’t go for something while I’m in the prime of my life and I have the means to do it, well, why wouldn’t I?”

The 52-year-old plans to open a new restaurant after he finishes his studies, though remains tight-lipped about any further details.

The Chicago-born chef fell in love with cooking while working in a restaurant during college.

Because America’s dining scene has come so far in 25 years, it’s easy to forget what a pioneer Trotter was, especially in the Midwest.

He was among the first to popularise tasting menus and was an early advocate for cooking with fresh, seasonal ingredients, offering vegetarian menus and even a raw menu for guests.

Unafraid of controversy, in 2002 he took foie gras off his menu, but when the Chicago city council later passed a ban, he spoke out against it, arguing it wasn’t a politician’s job to legislate eating habits.

Trotter has also been a consistent champion for wine service, hiring and nurturing some of the top sommeliers in the industry.

His 1,800-stong wine list, built on a cellar of more than 7,000 bottles, offers both the benchmark fine wines and smart buys.

Trotter made a cameo appearance as an angry chef in the 1997 film My Best Friend’s Wedding starring Julia Roberts and Cameron Diaz.