The secretary of agriculture and forestry for Virginia has outlined “a very strategic plan for growth” to support the US state’s growing wine industry. 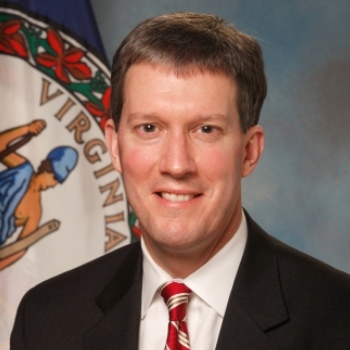 Speaking to the drinks business, Todd Haymore (pictured) confirmed that state funding to promote Virginia’s wines had increased from US$600,000 in January 2010 to its current level of $1.8 million.

With around 200 wineries, a figure which Haymore observed: “has more than doubled since 1999,” Virginia reached a sales record of 462,000 cases last year, making it the fifth biggest wine producing state in the US.

The UK represents an important export focus for the state, which is also courting countries including Japan, China, South Korea, India and Israel. “We’re generating buzz in the UK because it’s a melting pot so you then generate buzz elsewhere,” explained Haymore.

Leading this UK drive is former software consultant Chris Parker, a wine lover who has spent the last 23 years living in Virginia. Having launched his import business New Horizon Wines at the 2009 London International Wine Fair, Parker has so far shipped more than 1,400 cases of wine from just over 10 different wineries.

“The selection is based on consistent winemaking over multiple vintages, varieties that work well in the state and wineries from different parts of the state,” he explained.

With current customers including The Oxford Wine Company, Wholefoods, The Sampler and Dinner by Heston Blumenthal at the Mandarin Oriental hotel, Parker set out “a long term, five to ten year view to put Virginia out there as a recognised part of the wine world.”

Meanwhile, Haymore noted that in addition to the state government’s educational and marketing support, Virginia’s winemaking reputation was receiving valuable boosts from investment by a number of high profile individuals.

Nearby, rock star Dave Matthews has been making wine at Blenheim Vineyards since he bought the property in 1999. This autumn saw further attention generated by the news that AOL founder Steve Case is in the process of buying Sweely Estate Winery, located half an hour north of Charlottesville in Madison County.

As Virginia prepares to mark the 150th anniversary of the American Civil War, plans are also underway to capitalise on the proximity of many vineyards to key battlefield sites. Meanwhile Stephen Spielberg is currently directing Daniel Day Lewis on location in Virginia for a film about the last days of president Abraham Lincoln.

“It’s all going to ratchet up the level of attention,” remarked Haymore, who added that his team would soon be unveiling important improvements to the Governor’s Cup competition, which recognises the state’s top wines.

With the judging panel set to include MWs and well known international wine experts, Haymore stated: “We believe it is going to be one of the most stringent wine competitions in the US.”

To help improve standards further, producers who enter will be able to receive copies of the judges’ tasting notes on their wines. “It’s another way you can raise the bar,” remarked Haymore.

To keep up momentum next year, the Virginia Wineries Association is taking a stand at the London International Wine Fair 2012, with Haymore confirming that wine would also provide a focus for a trade mission from Virginia to the UK later next summer.