The rapid evolution of wine knowledge in Asia has taken the wine trade by surprise according to Vanquish Wines’ head of fine wine Richard Brierley. 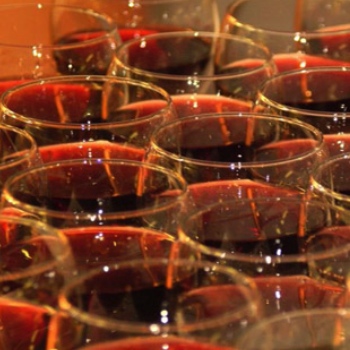 The time it has taken Asian buyers to begin looking into wines and wine regions other than first growth Bordeaux has been far quicker than many expected.

Speaking to the drinks business Brierley said: “They have been very quick to realise that Carruades de Lafite is not worth £350 a bottle but that something like Pichon Lalande, with its history and quality, is and at a much more reasonable price.

“We’re also seeing greater demand for Angélus or Evangile, great Right Bank wines that are not Le Pin or Ausone. They’ve got to that point so very quickly that it’s taken us by surprise.”

The branching out of Asian tastes in Bordeaux was picked up on earlier this year by db but Brierley also noted the quickening demand for Champagne.

He said: “We didn’t think they’d come to cold and sparkling as quickly as they have and it’s clear that there is greater demand than perhaps the bigger houses have allocated for so far.”

There has been much talk recently of wine education’s role in developing the Asian market from both educators and producers and Brierley said that part of the reason that the evolution had been so quick was that there is a “sense of learning” ingrained in Asian culture.

Currently many education courses are focused around selling wine. As Brierley admitted, “it’s a commercial market” but also added that with Asian buyers: “From our experience there is an immediacy to their nature. When they buy or taste something they want it immediately. Someone – and the WSET is doing this – needs to take a long-term, non-producer led education.”

Brierley also added that with the growing interest in Burgundy, it would also be interesting to see “whether they follow a specific terroir route – just buying Musigny or Beaune – or particular producers. We’re already seeing great demand for producers.”

In the long run though he saw no end to the dominance of Lafite and other first growth wines but rather perhaps “their extensions” or second wines being replaced with other classed growths in the order of preference.