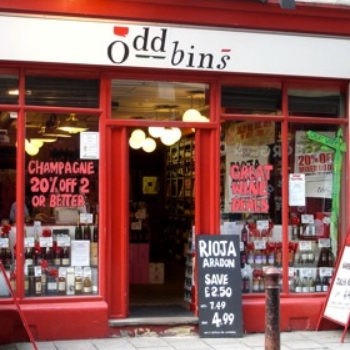 In place of almost 900 wine SKUs, which Nichols (pictured, left with buyer Ana Sapungiu) admitted “were never all in stock at the same time,” the current range has been pared back to 400, with all except 40 wines being new listings for the high street retailer.

Although 25% of the wines, mostly those from South America, are still being shipped, Nichols was hopeful that they would arrive in time for Christmas.

“We had a job to do in convincing customers about our consistency of supply,” agreed Nichols who, now that the core list is in place, plans to add a few parcels of “more esoteric” wines to complete the range. “It was great to have a clean state and start again,” she remarked.

Despite the fact that a number of Oddbins’ current suppliers took a financial hit when the retailer went into administration earlier this year, Nichols reported plenty of goodwill behind the “financially very secure” business.

“Our suppliers have been brilliant,” she reported. “The ones that were affected realise that the company now has no responsibility for what happened before.”

Under EFB ownership, Oddbins currently has 38 stores around the UK, of which 20 are in London, nine in Scotland, and others in high footfall locations in places such as Oxford, Birmingham, Liverpool, Manchester and Tunbridge Wells.

Having made a conscious decision to move away from the discounting model which created further inconsistencies for customers, Nichols said: “We’re working very collaboratively with our suppliers to make sure it’s a sustainable relationship for them.”

“We’ve reduced our margin requirements because we’re not funding discounts,” Nichols explained. “We’ve stripped away promotional activity and are just allowing the wines to do their job.”

For this reason, despite describing as “a little bit scary” a recent consumer price setting exercise in which customers were invited to blind taste a selection of wines and suggest how much they should cost, Nichols declared the final result a success.

After taking an average of the price recommendations, each of the wines is now on the shelf “within about 50 pence of where we’d have priced them anyway,” she revealed.

So can Oddbins carve itself a profitable niche between the multiple retailers, standalone independents and Majestic, which announced a 20% rise in half-year profits this month?

Nichols is now positive about the company’s position within this spectrum, maintaining: “Our strength, I would say, is wine between £7 and £13. We’re offering really high value there and selling single bottles, unlike Majestic.”

She also emphasised the importance of “moving away from price promotions and bigger brands to differentiate ourselves from the supermarkets.”

In short, she summed up: “It’s about getting that personality. This should be a fun place to buy an interesting and fun product.”