Burgundy “has arrived” in Asia

Burgundy’s popularity in Asia is gaining momentum and Bordeaux auction prices are correcting themselves as Asian consumers get savvier. 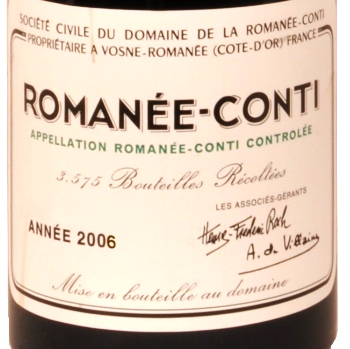 Speaking to the drinks business, Charles Curtis MW, head of wine for Christie’s in Asia, said that Burgundy was certainly “the next big thing”.

He explained that, increasingly, collectors were explaining how they were buying wines such as Domaine de la Romanée-Conti to invest and the likes of Rousseau to drink.

“It’s the next thing. We did a dinner with a retrospective of 1970s Burgundy and we had two DRCs out of the 14 wines but other labels that aren’t so well known here. That dinner sold out quicker than anything we’ve ever done even with a price of HK$23,000.”

Curtis thought that the market for Burgundy had “inched up” by 10%-15% in recent years while that of Bordeaux had actually declined by some 10%.

He explained that there had been a correction in prices of late with some wines that were previously fetching “crazy prices” such as 1982 Lafite seeing prices go down by 30%.

Of course, he continued, a full case of that wine in perfect condition would still make more or less the same price in London, New York or Hong Kong but Asian clients have become savvier with their purchasing.

It is not only that they are branching out into other wines as their tastes mature, they are now aware that they do not have to pay the premium that comes with buying wine in Asia over other markets.

At one point, Curtis said, buying wine in Hong Kong was at a 25% premium over New York.

“What we’re seeing is a durable expansion of demand in Asia,” said Curtis. “People who are buying now are much more savvy buyers.

“In 2009 and 2010 people were paying crazy prices for some wines but they know now it doesn’t have to cost that much.

“There’s much more knowledge of the tools for price comparison. No one is getting away with crazy estimates anymore.”

Although there has been this price correction, Curtis did stress that overall the wine auction and investment scene was in good health and that his “gut feeling” was that prices would begin to go up again.