The separation of Treasury Wine Estates from Foster’s was “the best thing that has happened in a long time,” according to Wolf Blass chief winemaker Chris Hatcher. 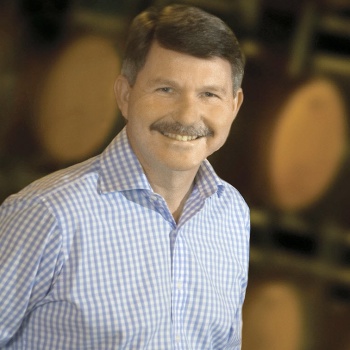 Speaking to the drinks business as he showed off the 2011 Wolf Blass luxury range in London, Hatcher (left) lauded the opportunities presented by the new company’s 100% focus on wine and hailed the renewed focus on building up library stocks of older vintages.

“Penfolds has been building up its library for years and have masses of old stock, but at Wolf Blass we have not had anything like that,” he said.

“But thankfully we are now starting to buy back old stocks from elsewhere to start building our collection.”

Hatcher believes the luxury range, including Wolf Blass Black Label which celebrates its 35th anniversary this year with its 2007 vintage Langhorne Creek McLaren Vale Cabernet Sauvignon/Shiraz/Malbec, is perfect to demonstrate the ageing potential of Australian wines – something Foster’s were not particularly interested in.

“I am taking these wines around the world to show people that Wolf Blass does age well,” he said. “Foster’s weren’t great about stocking and selling aged Australian wine, but (Treasury CEO) David Dearie is really passionate about it and wants us to be a real wine business.

“These are very exciting times. We can look at what Wolf Blass can do, as opposed to just being a commercial wine operation.”

According to Hatcher, Dearie has completely restructured the company’s operations since it gained a separate listing from the Foster’s beer division in May this year.

He explained: “We now have a dedicated Wolf Blass business unit within the company so there is a team of people working on the brand 100% of the time.

“People can now be focused on a single brand throughout the company and this is a great move – just like the old days.

“David’s philosophy is very much about making brands mean something to people. This had maybe been lost in recent years.

“There will be a lot more promotion for the top cuvées. If we as winemakers can deliver the quality then David will make sure the message and the wine gets out there.”

Not that Hatcher felt life was all bad under Foster’s. He added: “Foster’s were good for us in that they had capital behind them, without which we wouldn’t have been able to build our cellars, but the mentality of a premium wine business is so different to beer.

“Being listed as a separate company is the best thing that has happened in a long time. We are now 100% focused on premium wine.”

Hatcher also revealed Wolf Blass is planning a great deal of experimentation as it looks to improve and expand its offering.

“There will be a lot more focus on producing single vineyard wines to show what we can do,” he said, adding: “We will also be seeking out new cooler climate regions, such as looking to expand in Tasmania.”