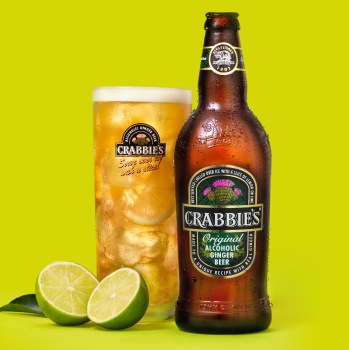 The announcement comes just two years after the brand was launched in the UK – indicative of the speed with which the brand has grown in a short space of time.

The brand will be launched nationwide in Australia through one of the country’s largest off-trade retailers, Woolworth’s.

The deal covers distribution in Woolworth’s Liquor, BWS and Dan Murphy’s stores in the retailer’s 1,250 outlets.

“Australia was the perfect oversees launch market as there’s already an awareness of alcoholic ginger products there. Crabbie’s aims to capitalise on that existing market and grow market share and volume.”

Marketed as a long drink and available in its 500ml bottle, the target market is said to be 25-45 year old male consumers living in the city and who would regularly be “over ice cider drinkers”.

The launch is to be supported by in-store sampling and print advertising and the announcement of an on-trade distributor is expected in the near future.

The alcoholic ginger beer category has been one of the major success stories in the drinks industry in the past few years, witnessing double-digit growth led primarily by the Crabbie’s brand.