Amarone is not just for steak 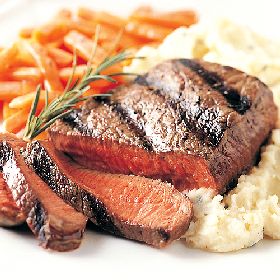 “Amarone is not just for steak,” said Ruben Sanz Ramiro, head sommelier at Veritas, the largest restaurant cellar in New York city with a collection of 75,000 bottles.

On 4 October, Ramiro was invited to speak at a standing-room-only tutored tasting at the luxurious Gansvoort hotel led by Robin Kelly O’Connor, Christie’s head of wine, Americas, featuring the “Amarone Familes” of Valpolicella.

In New York and elsewhere, the wine is typically enjoyed with steak, yet Ramiro suggests that depending on the style and alcohol level, Amarone can be enjoyed with pork and lighter dishes.

Amarone is the high-end specialty of Valpolicella in which the grapes are dried in September, undergo a slow fermentation in December and January, before ageing in various forms of wood for three years, then spending more than a year in bottle.